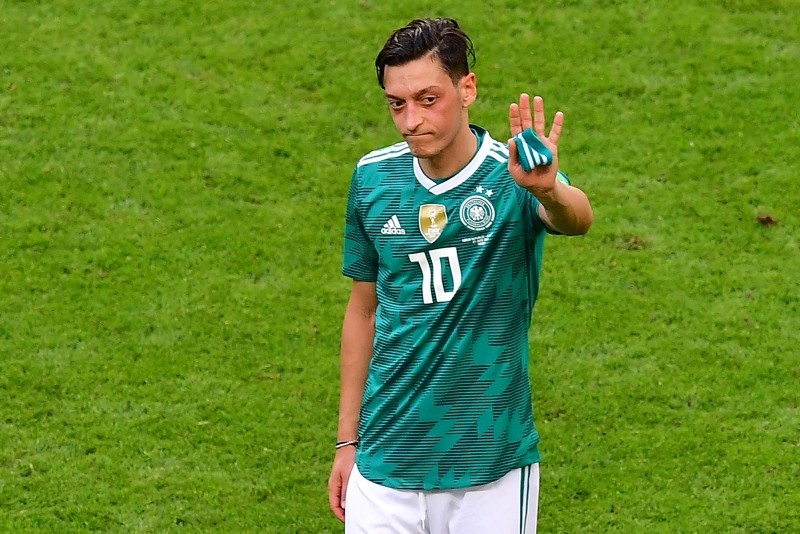 After Germany's humiliating exit from the World Cup group stages, German players of Turkish origin, Mesut Özil and İlkay Gündoğan, have become target of many back home in a vicious circle of growing animosity since posing for a photograph with President Recep Tayyip Erdoğan. The German media quoted national team assistant manager Oliver Bierhoff as saying: "Germany should have considered a World Cup without Özil [after the photograph row]."

In an interview with the daily newspaper "Die Welt" on Friday, the 50-year-old spoke publicly for the first time on whether calling up Özil for the World Cup in Russia, immediately after the photo row, was justified.

"I think the fact that Mesut and İlkay took the photos did not bother the team but the debate was ongoing. In hindsight, I would have tried to settle this matter even clearer," Bierhoff said.

Özil, a key member of the 2014 World Cup-winning side, and team mate İlkay Gündoğan, both of Turkish descent, had to deal with a barrage of criticism at home after they were pictured with Erdoğan in London in May and the affair overshadowed their tournament preparation. "Until now we never had to force national team players to do something but always tried to convince them of something," Bierhoff said. "We did not succeed in that with Mesut and so maybe we should have considered to be without him (at the World Cup) on a sporting level."

Gündoğan responded at the time with a statement, explaining his position and saying it was not his intention to create a political issue with the photo. Özil, however, has never commented on the issue even after meeting German President Frank-Walter Steinmeier, and stayed away from a media day in the team's pre-tournament training camp in Italy. Both players were jeered in warm-up games ahead of the World Cup.

"We demand player who go their own way, who make their own statements. We want open and honest statements, not fitted or toned-down statements," Bierhoff added. "But (the) fact is that Mesut, for obvious and specific reasons, could not have said what was demanded from him."