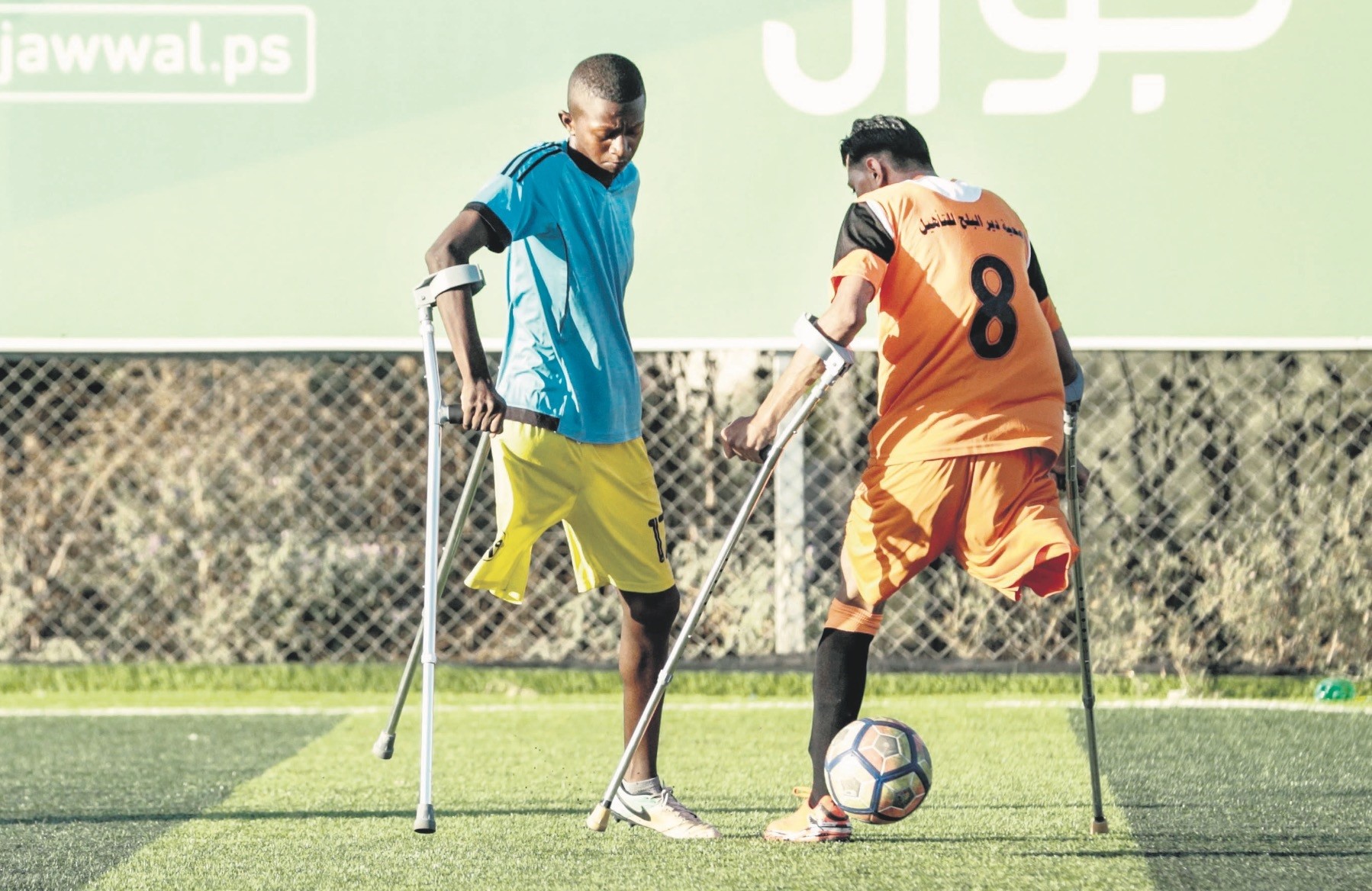 Palestinian amputee soccer players take part in a training session of their team at Municipality Stadium in Deir al-Balah, in the central Gaza Strip, on July 9.
by French Press Agency - AFP
Jul 13, 2018 12:00 am

In fluorescent orange jerseys, footballers maneuvered across the artificial turf of a pitch in the Gaza Strip – leaning on their metal crutches for support.

"Today I can continue to play football," said Islam Amum, 27. He used to be a goalkeeper, until he lost a leg in an Israeli air strike during the 2014 Gaza war. Amum is one of 15 members of the only amputee football squad in the Gaza Strip. Aged from 16 to 40, they train every Monday afternoon in Deir el-Balah, in the center of the coastal enclave.

They even have their own team song circulating on social media, captain Mohammed Juifel said proudly. "Our anthem explains that the handicapped are part of society, including in football," said Juifel, 21, whose right leg was amputated after a car crash when he was 13.

"The training is difficult but fun," he said. "I feel like a goalie who can compete."

Every day the players exercise in a room reserved for them at the Deir el-Balah association for the handicapped. The team owes its inception to Fuad Abu Ghaliun, a 62-year-old member of the Palestinian parliament. "I got the idea of forming this team by watching a football match between Turkish and British amputees at the end of last year," he said. "Then I thought I could make a dream come true for hundreds of amputees in Gaza." He labeled the squad "the team of heroes" and said he hoped to form a local disabled league and one day join football's world governing body FIFA. Most of the side's players were wounded by Israeli fire. Turkey's national amputee football team defeated England 2-1 in 2017 to become European champions.

Israel has fought three wars with Hamas, which rules the Gaza Strip, since 2008. The football squad's organizers now hope amputees wounded by Israeli fire in recent violence on the Gaza border can also join up. To train the "team of heroes," volunteer coach Khaled al-Mahbuh, 32, has sought advice from doctors and studied video clips online. Organizers have so far staged two five-a-side matches with teams drawn from the squad, attracting about 3,000 spectators, according to Mahbuh. The games, Mahbuh said, "Give the public pleasure, happiness."

Ibrahim Khattab, 13, lost his left foot during the 2014 war. He takes part in training but has not yet played in a match, although he has great ambitions. "I dream of becoming a famous player and lifting up the cup after the victory of Palestine," he said.