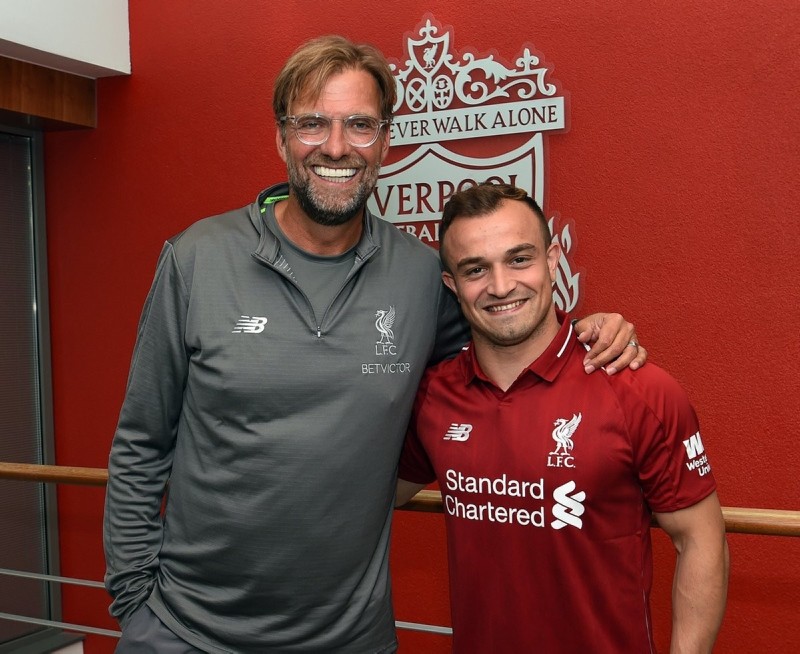 The Reds said he had signed "a long-term contract", with British media reports saying Shaqiri had arrived at Anfield in a five-year deal for £13 million ($17 million, 15 million euros).

"As a player you always want to be on the biggest stage in football. A few years ago I wanted to come too, but it didn't happen. I'm really happy that now I'm finally here.

"I want to improve myself too, I want to be with the best and I want to win titles. That's what I'm here for."

Shaqiri, who was born in Kosovo but moved to Switzerland as a child, has just returned from the World Cup in Russia where his country were eliminated in the last 16 by Sweden.

He sparked controversy by celebrating his goal in the 2-1 win over Serbia in the group stage by making a gesture with his hands to represent the two-headed eagle of the Albanian flag with which many Kosovars identify with.

FIFA, which bans political symbols at stadiums, fined him and teammates Granit Xhaka and Stephan Lichtsteiner for the goal celebration but they all avoided two-match suspensions.

Shaqiri is Liverpool's second major acquisition of the summer after Brazilian midfielder Fabinho joined from Monaco.

The Champions League finalists have also strengthened their midfield with the pre-arranged arrival of Naby Keita from RB Leipzig.