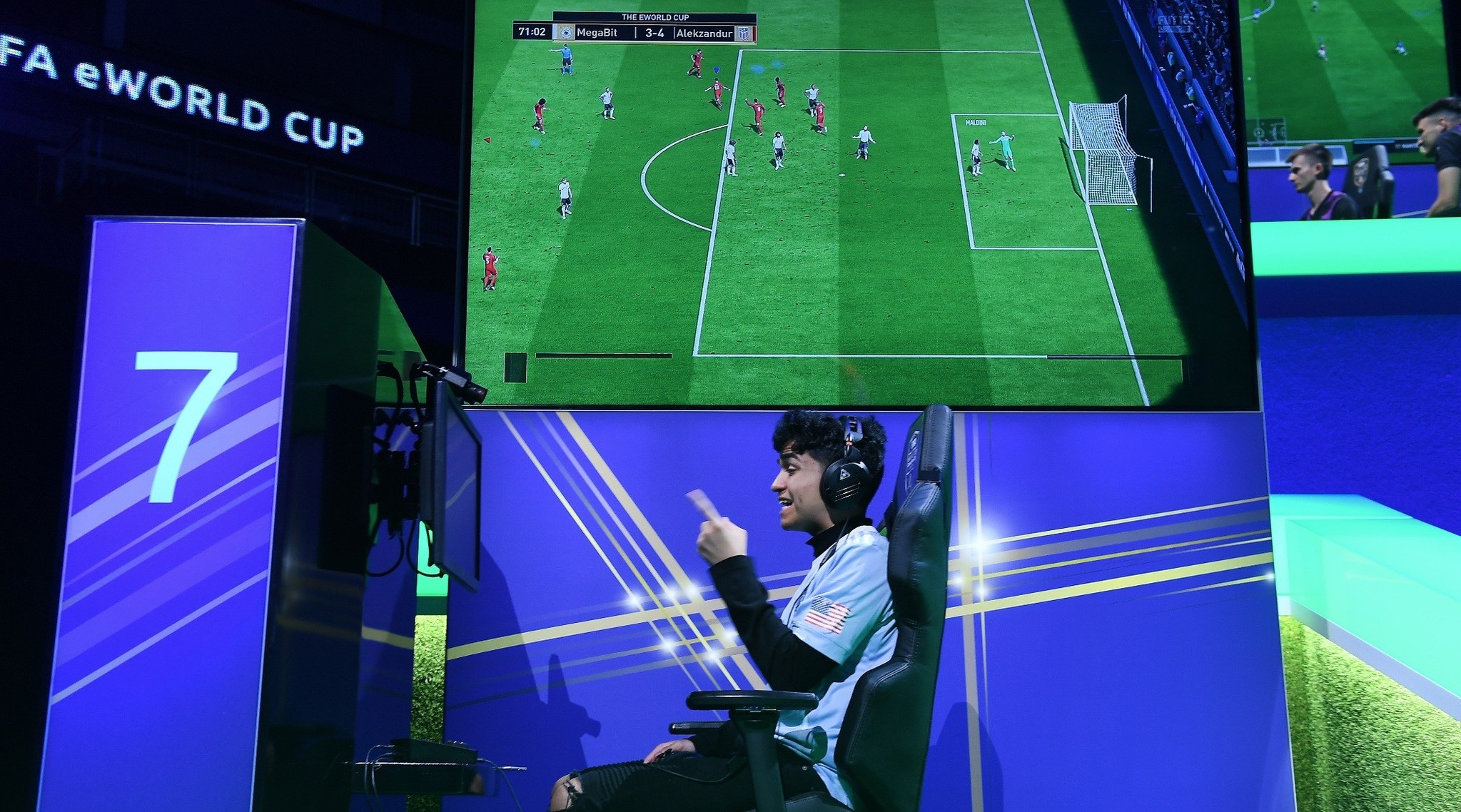 The finals see 32 elite players, distilled from a global pool of 20 million starters worldwide, flexing thumbs and fingers for the prize of a shiny trophy and $250,000 to the winner

The 2018 World Cup is over and now for the FIFA eWorld Cup, a virtual tournament that kicked off in London on Thursday with goals galore and multiple Cristiano Ronaldos and Lionel Messis strutting their stuff on a digital stage. The three-day finals see 32 elite players, distilled from a global pool of 20 million starters worldwide, flexing thumbs and fingers for the prize of a shiny trophy and $250,000 to the winner. England's 21-year-old Spencer Ealing, the reigning champion who plays under the nickname 'Gorilla', is back 'to defend what's mine'. Germany boasts eight finalists and Argentina just one but 18-year-old Nicolas 'nicolas99fc' Villalba - a man who eschews compatriot Messi for Ronaldo and Brazilians Neymar, Ronaldinho and Ronaldo Nazario in his team lineup - is a favourite.

Some have big name clubs behind them, such as Manchester City's Kai 'Deto' Wollin or fellow-German and Bayer Leverkusen player Marvin 'M4RV' Hintz, but others are unaffiliated. The group stages, with 16 playing the FIFA 18 game on Xbox One and the other 16 on PlayStation4, started with the audience online only until the doors are opened on Saturday at the O2 Arena in London's docklands. The semi-finals and final will be on Saturday after group stages and knockout rounds, with most of the teams featuring the same top players in virtual form.

The tournament echoes the real World Cup played in Russia this year in other ways as well, including anti-doping urine tests and the monitoring of betting markets for suspicious activity. Malta's Kurt'kurt0411' Fenech, a 23-year-old former odds compiler for a sports betting company who says he now earns far more from gaming, welcomed that.

"People might think 'Oh, it doesn't belong in esport' but it 100 percent does," he told reporters in a roped-off World Cup-style media mixed zone.

"We have to play a game which requires full concentration and I know that there's stuff out there that can help you with that. So I'm really pleased there is an anti-doping. It's needed in every sport and we are a sport now.

"The testing is really extreme, it's like professional football.

"They've just picked three people randomly," he added, gesturing towards the brightly lit 'field of play' where players and coaches sat in booths and stared intensely at screens.

Alexander 'Alekzandur' Garcia Betancourt, the only American in the finals, said Adderall was the drug most commonly mentioned.

"It's normally for people with ADHD so if you don't have that and you abuse it, it's very easy to gain an advantage," he said. "It's good that they are doing that now with the doping controls," added the 19-year-old Kansas City native who has signed for his local MLS side.

"We follow the same WADA (World Anti-Doping Agency) regulations as normal athletes. We have to follow those rules, make sure we're not taking anything we're not supposed to."

Fenech, who estimated his earnings were on a par with those of professional Maltese soccer players, felt he was also representing his country - whose team are ranked 184th in the world by FIFA , one place behind Bhutan and just ahead of Macau. "If I can go on to win this I could become president," he laughed.

"Our football is nowhere near where we should be and we do usually finish last so for me to compete with the best of the other countries - Germany, France, England - it's definitely something for a country to be proud of."