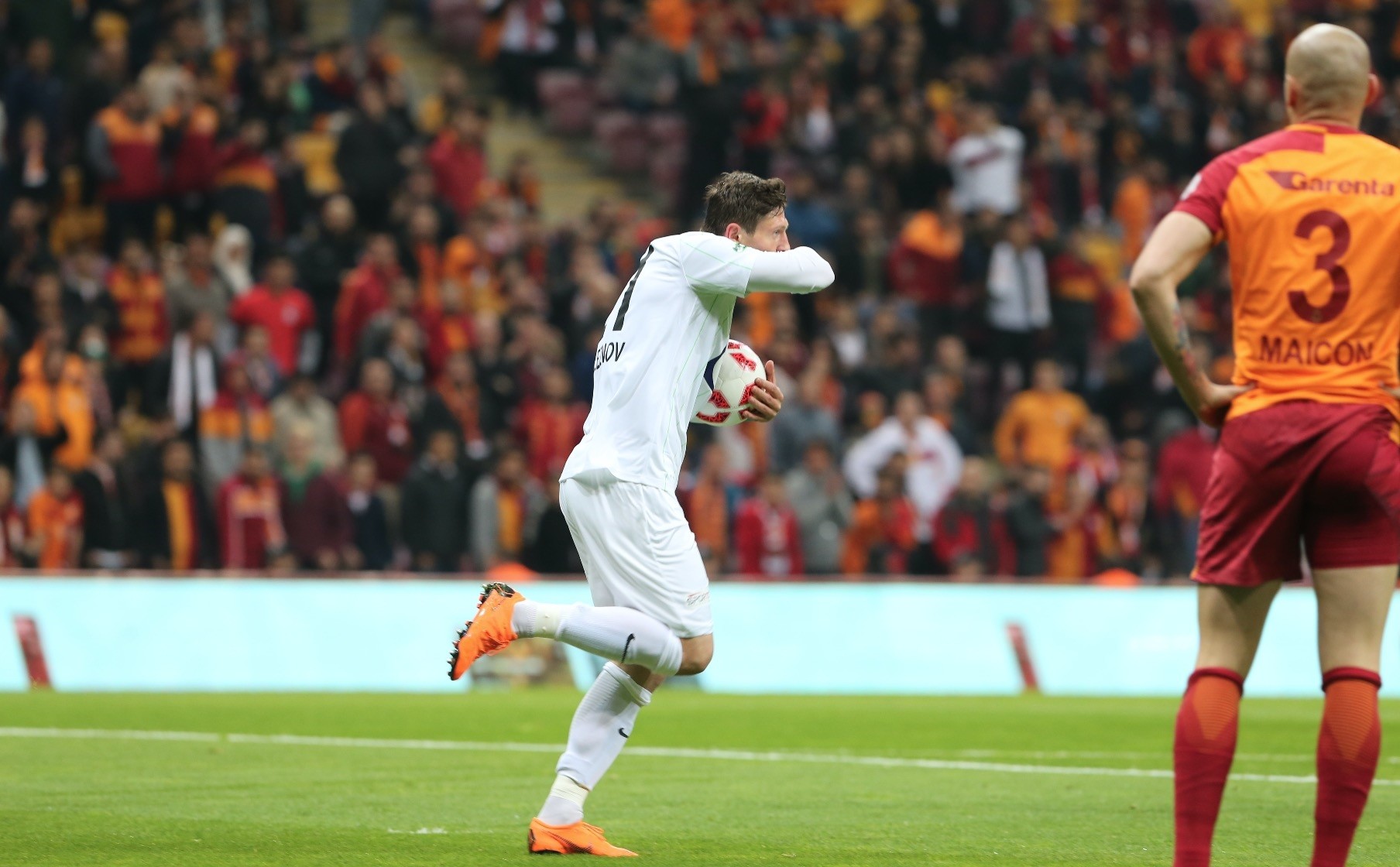 Akhisarspor eliminated Galatasaray in the last seasonu2019s Ziraat Cup semifinal by beating the Istanbul club 2-0 in its home on April 18.
by Daily Sabah Aug 04, 2018 12:00 am

The 2018 Turkish Super Cup final between Galatasaray and Akhisarspor will be held in central Turkey's Konya on Sunday.

The game at the Konya Metropolitan Municipality Stadium will kick off at 8:45 p.m. local time.

The Turkish Super Cup pits the previous season's Super League champion, in this case, Galatasaray, against the winner of the Turkish Cup - claimed by Akhisarspor last season.

Galatasaray began the 2017-2018 season under Croatian coach Igor Tudor but later handed the top job to Fatih Terim, who eventually led the club to its 21st title.

It's opponent, Akhisarspor won its first Turkish Ziraat Cup last season after it beat another Istanbul powerhouse Fenerbahçe in the final, played in southeastern Turkey's Diyarbakır.

Akhisarspor, coached by Okan Buruk, had also eliminated Galatasaray in last season's Ziraat Cup semifinal after beating the Istanbul club 2-0 at home. The match will be officiated by Turkey's world-renowned referee Cünet Çakır.

The Super Cup final between Galatasaray and Akhisarspor will be broadcast on ATV. The Turkish Super Cup was originally known as the "Presidential Cup" from 1966 to 1998.

No competition was held between 1999 and 2005, although there was a substitute competition played under the name of "Atatürk Cup" in 2000.

The rebranded Turkish Football Federation (TFF) Super Cup is a curtain raiser for the upcoming footballing season, usually taking place in August. After the 2006 rebranding, the TFF revised the regulations for a final time, and the Turkish Cup runners-up began to earn a spot in the competition, in case of a team achieving the double, thus making the game a rematch of that year's Turkish Cup final.