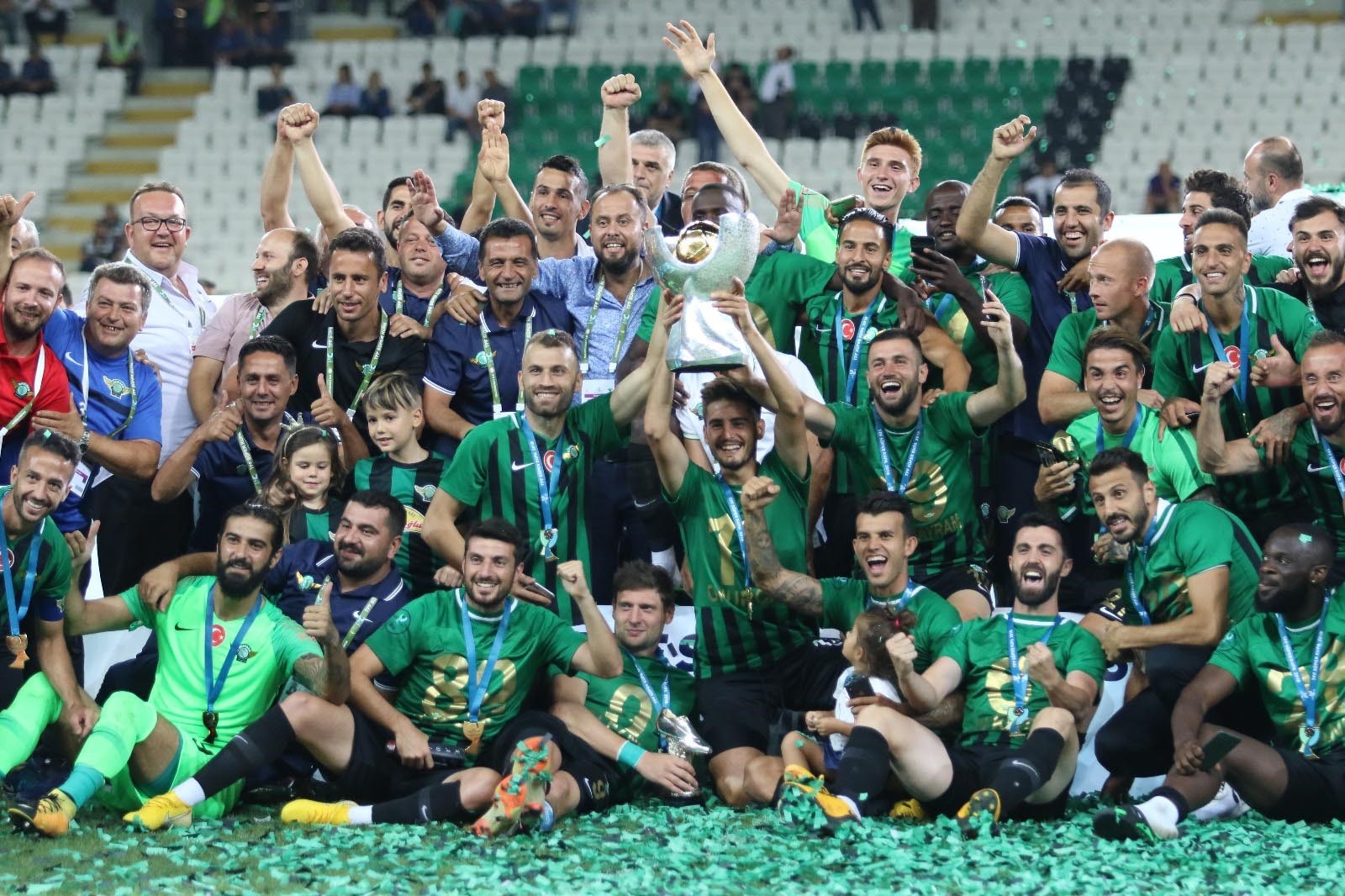 After the match, Galatasaray coach Fatih Terim said, "Our current level is not sufficient for Champions League. If this goes on, we will be disappointed in the Champions League. We have to change and will change. I congratulate Akhisarspor."

The small Anatolian town, Akhisar, on the other hand, celebrated the victory until morning. President Recep Tayyip Erdoğan and Turkish football fans around the country congratulated Akhisarspor on social media. Youth and Sports Minister Mehmet Muharrem Kasapoğlu said, "We watched a game full of competition. I congratulate Akhisarspor. This is a success story for an Anatolian town. I also believe the VAR system will help our referees in the new season."

However, the VAR did create a stir when the world-renowned referee Cüneyt Çakır decided to stick with his decision to give Akhisarspor's Dany Nounkeu a yellow card and not a red for tripping Galatasaray's Garry Rodrigues in the 44th minute, although he was warned by the VAR system.

Rodrigues seemed to be left one on one with the opposing Akhisarspor's goalie when he was tripped by Akhisarspor defender Dany. Çakır showed Dany yellow card, deciding that it was not a "last man foul" - a foul on a running striker committed by the last man of the defense which usually results in a red card - even after watching the replay with the new VAR.

It seems like the good times keep rolling for Akhisarspor, which managed to win its first Turkish Cup last season against another Istanbul powerhouse, Fenerbahçe. Along the way, Akhisarspor also managed to eliminate Galatasaray in the semifinal. The modest Anatolian team's experienced coach Saffet Susic enjoyed the Turkish Cup in his very first match at the helms. After that historic win, he had said at the time, "I told my players to take the field and play the best they can. Don't feel under pressure even if our rival is a powerhouse. They did their best and deserved to win the cup." Some 10 years ago, Akhisarspor was only a third-tier team with a very modest budget. The team's recent string of success is is all the more impressive when we see that Galatasaray's top four earners are worth more than Akhisarspor's whole squad.