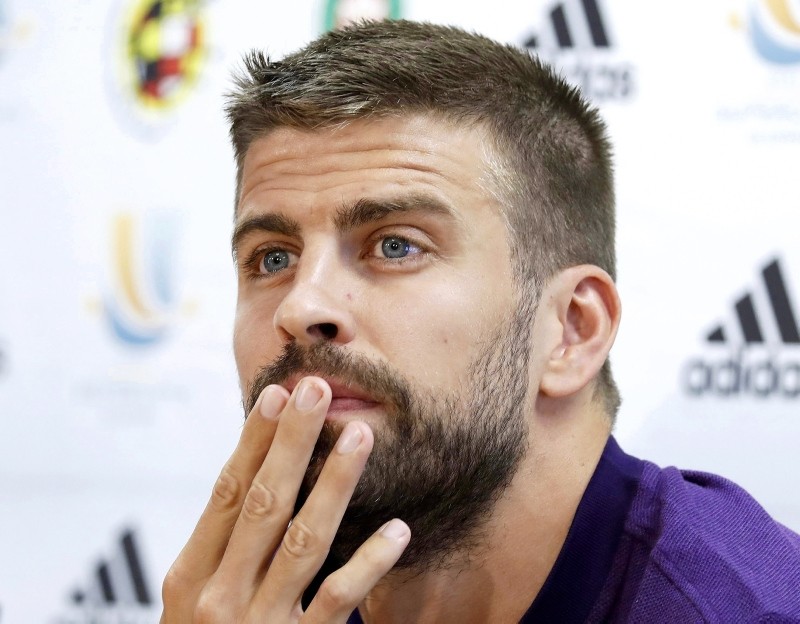 Barcelona defender Gerard Pique has confirmed he will not play again for the Spanish national team despite his former Barca coach Luis Enrique being appointed as coach.

Pique declared his intention to quit international football after the 2018 World Cup following a World Cup qualifier against Albania in October 2016, saying he was tired of repeated criticism from supporters and the media, and that he wished "to be left in peace".

The outspoken Barcelona-born defender has never enjoyed the same rapport with Spain supporters as his international team mates, and he has often been booed at games due to his repeated jibes at Real Madrid and his support for a referendum on Catalan independence.

The 31-year-old Pique says he has told new Spain coach Luis Enrique that the World Cup was his last tournament with "La Roja."

"I spoke to Luis Enrique a few days ago. He called me and I told him the decision was taken a long time ago and that I had thought about it carefully," the defender told a news conference on Saturday ahead of Sunday's Spanish Super Cup game against Sevilla.

"It was a beautiful time with the national team in which I had the chance to win the World Cup and the European Championship. Now I want to focus on Barca," he said. "I have a few years left here and I'm going to enjoy them a lot."

Pique had announced before the World Cup that he did not plan on returning to the national team after the tournament in Russia.

Pique played 102 times for Spain and represented his country at two European Championships and three World Cups, helping his country win their only world crown in 2010 and triumphing at Euro 2012 two years later.