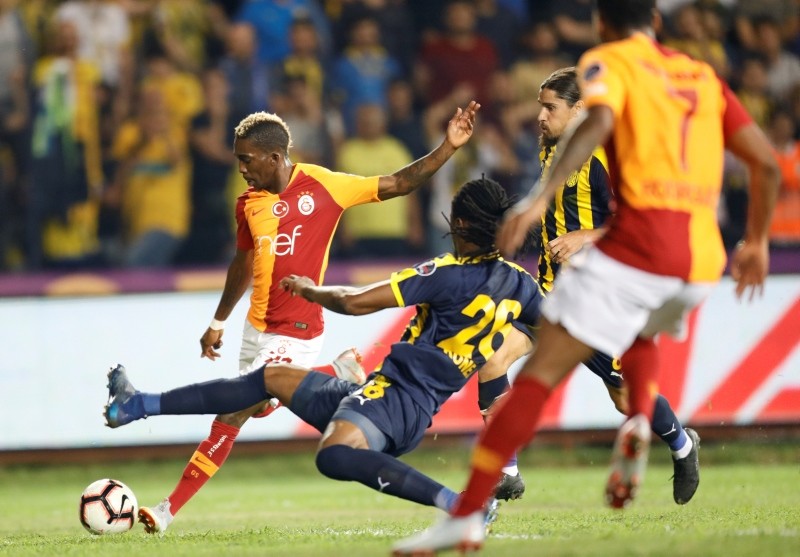 Newly promoted Ankaragücü found the season's first goal early as Mostapha El Kabir scored in the 7th minute thanks to a through pass that left him one-on-one with the goalkeeper Fernando Muslera.

Galatasaray increased pressure at the Ankaragücü half after going down 0-1.

The Lions found the equalizing goal in the 21st minute. Defender Serdar Aziz scored a header after Ankaragücü failed to clear a cross from a corner kick.

Taking their chances in front of Ankaragücü goal, Galatasaray took the lead in the 30th minute thanks to an own goal by Ankaragücü's new transfer Bakary Kone, who headed the ball into his own net, trying to clear Mariano's curved cross.

Ankaragücü scored before the first half again with Mostapha El Kabir in the 37th minute, but it was disallowed as he was offside. The referee used the Video Assistant Referee (VAR) system to cancel the goal.

The second half started with Ankaragücü trying to find the equalizing goal. Ankara team found a chance in the 54th minute, but Muslera was quick to clear the ball before Thievy Bifouma.

In the 63rd minute, Ankaragücü again found a clear chance inside the six yard box, but the shot went nearly outside.

In the stoppage time, Galatasaray increased the lead to 3-1 with striker Eren Derdiyok.

Despite their fans' non-stop support, Ankaragücü were not able to find the leveling goal to earn a point in their first Super Lig match in six years.