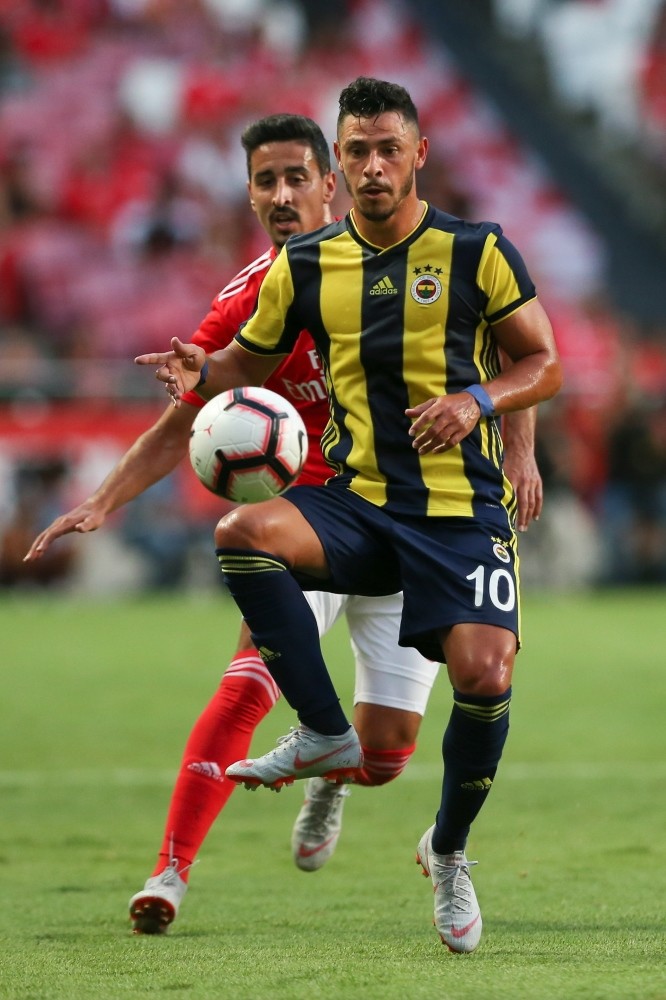 Turkish giant Fenerbahçe will host Portugal's Benfica for their UEFA Champions League third qualifying round second leg match today. The Yellow Canaries lost the first leg 1-0 on Aug. 7. The winner of the third round tie will face PAOK or Spartak Moscow in the playoffs to enter the Champions League group stages.

If Fenerbahçe fails to win against Benfica, it will move onto the UEFA Europa League group stages. Benfica's Franco Cervi scored the only goal in the first leg. Fenerbahçe has won both past home games against Benfica 1-0. Fenerbahçe must win the match at least with a two-goal difference. Qualifying for the 2018-2019 UEFA Champions League spans more than two months, involves 53 teams and will entail 91 fixtures in all. The third qualifying round has not yet taken place meaning several teams face two more hurdles to the cash-rich groups.

In the champions path, Red Star Belgrade will meet RB Salzburg or Macedonia's Shkendija should they overcome Spartak Trnava while PSV Eindhoven meet Qarabag or BATE Borisov. Malmoe or Vidi, of Hungary, await Celtic if they first defeat AEK Athens. The non-champions path paired Benfica with PAOK of Greece or Spartak Moscow, assuming they survive a prior meeting with Fenerbahçe. Ajax have been given Slavia Prague or Dynamo Kiev if they beat Standard Liege. The play-offs take place August 21/22 and 28/29 with the draw for the group stage August 30. The groups open September 18 with the final June 1, 2019, in Madrid.