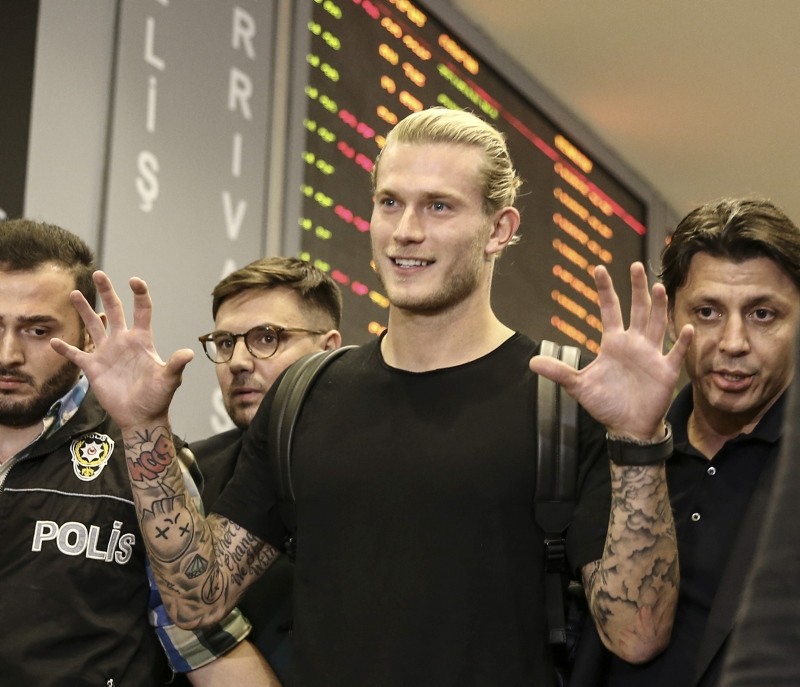 Turkish football powerhouse Beşiktaş welcomed Liverpool goalkeeper Loris Karius, who arrived in Istanbul at around 10 p.m. on Sunday after a two-year loan deal with the Black Eagles.

Hundreds of Beşiktaş fans flocked into the Istanbul Atatürk Airport to see the newcomer, while Karius greeted them with the club's famous "eagle" pose.

The arrival of the 25-year-old German footballer was also celebrated with a short video posted on the social media accounts of Beşiktaş.

Karius is expected to officially join Bekiştaş after undergoing medical examinations on Sunday.

"The 25-year-old is set to spend the remainder of 2018/19 and the whole of 2019/20 with the Super Lig outfit, who have started the new campaign with back-to-back league victories," Liverpool said in a statement.

"Everybody at LFC wishes Loris the best of luck during his loan spell."