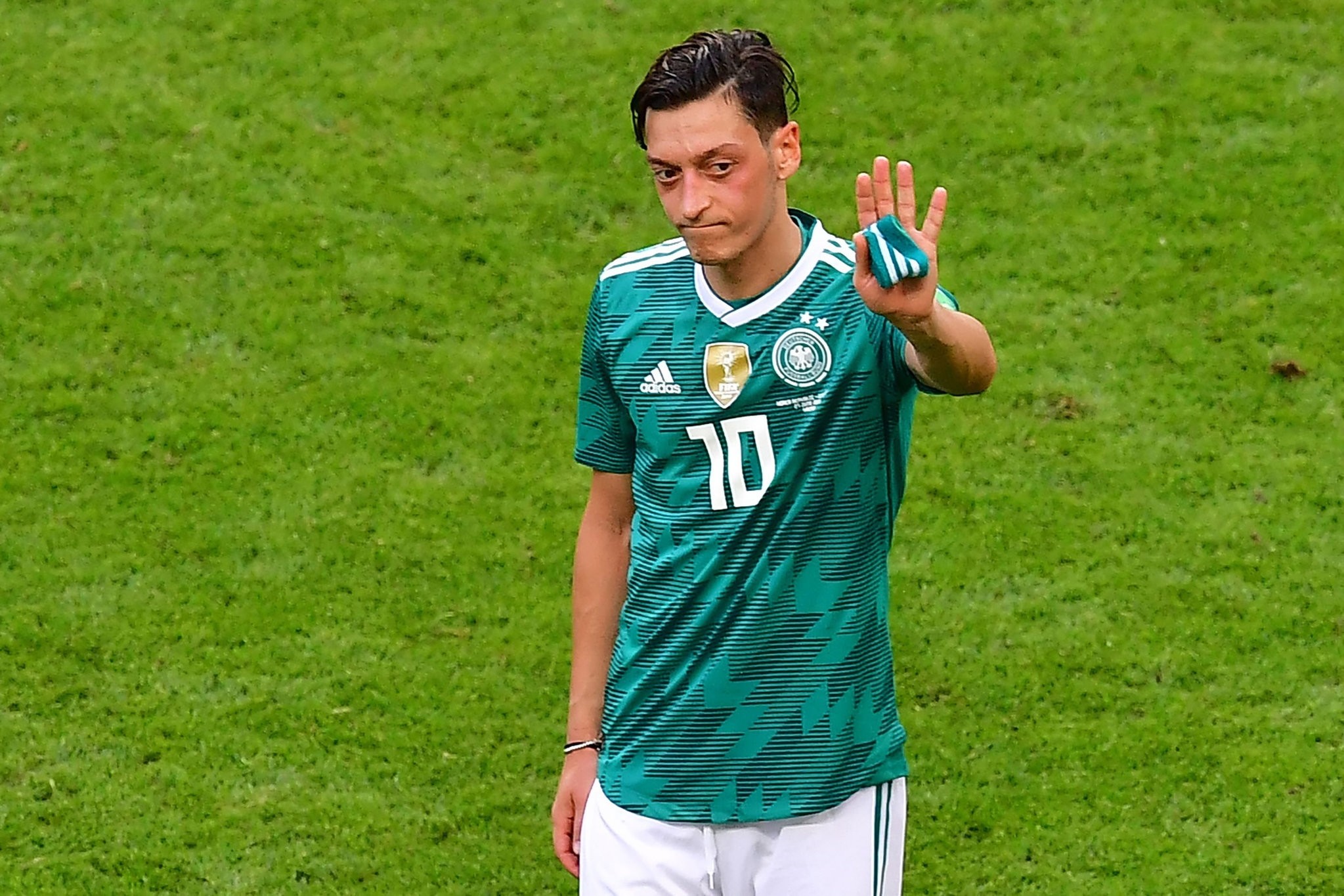 After German Football Federation President Reinhard Grindel, Chelsea and Germany defender Antonio Ruediger says he regrets Mesut Özil's decision to quit the national team. Mesut Özil announced on July 22, that he will not play for the German national team after being subjected to racial abuse for his Turkish origin and scapegoated for Germany's failure in the Russia 2018 World Cup after a picture he took alongside President Recep Tayyip Erdoğan. German Football Association (DFB) President Grindel said on Aug. 19 he should have been more supportive of Mesut Özil when the midfielder was the target of "racist attacks."

Now another prominent person from Germany's football world admitted regret over Özil discussions. The Chelsea defender Ruediger told dpa in an interview he found it "all extremely sad how it developed" and that Özil was "always a player I looked up to" while playing for Germany. "It's a pity he won't be there now," he said. Özil had spoken of a "feeling of racism and disrespect" in quitting the national team on July 22 in the fallout from Germany's group-stage elimination from the World Cup. Ruediger defended the Arsenal midfielder in saying that the debate had gone in the wrong direction in any suggestions of racism within the national team.

"That's something Mesut himself never said in a single sentence," Ruediger said. On Germany's early World Cup elimination, he added: "We were definitely all to blame, not individuals." It is now time to "look ahead instead of always having this extremely disappointing World Cup before our eyes," he said.

"We can't just wipe this experience away but we shouldn't allow it to block us in the next games."

Germany will begin to put the World Cup behind them when it faces world champions France in the Nations League in Munich on September 6 and Peru three days later in a friendly in Sinsheim. Until then Ruediger hopes to build on a good start to the Premier League season with Chelsea under new coach Maurizio Sarri, with two wins in the first two games.

Meanwhile, Germany coach Joachim Loew was Friday presenting his reform plans for the national team following its failure to get past the group stage of the World Cup. Loew was set to meet the board of the DFB in Munich as German football continued its analysis of the World Cup debacle. Loew met officials of the German football league DFL on Tuesday. The DFB is considering changes in German top level football in the wake of the group stage exit as holders in Russia. They are expected to focus on improvements to the training of coaches and players at junior level. Loew has already been backed by DFB and wants to fulfill a contract until 2022, agreed shortly before the World Cup. Since the World Cup, striker Mario Gomez and Özil have ended their international careers, Loew is stated to tell a news conference on Wednesday how he plans to make Germany successful again on the pitch. He will then also announce his squad for the first post-World Cup games next month, a Nations League opener against world champions France and a friendly with Peru.