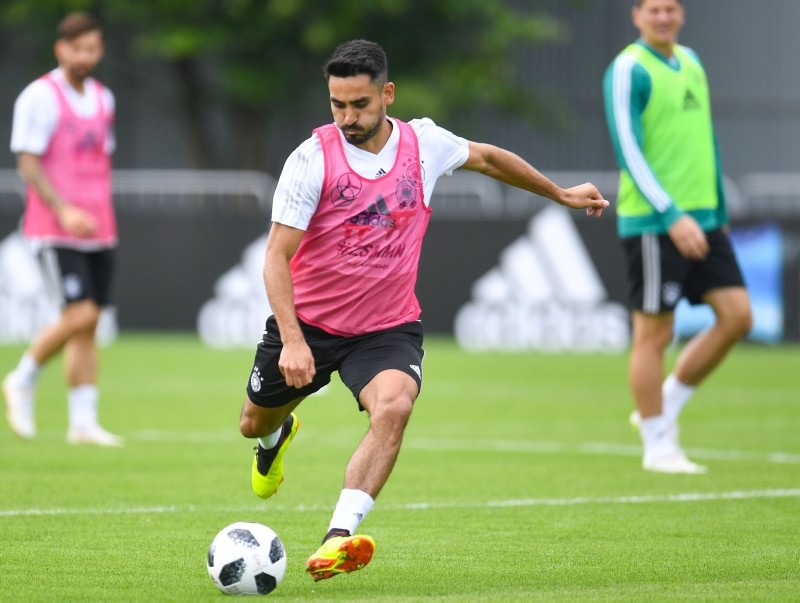 İlkay Gündoğan admits he is concerned about being booed again by Germany fans in next week's Nations League clash at home to world champions France, says he consulted a psychologist following racial attacks on him and teammate Mesut Özil.

In the wake of Germany's World Cup debacle, head coach Joachim Loew will outline his plan on Wednesday to get the team back on track when he names the squad to face France in Munich on September 6 and Peru three days later in Sinsheim.

The Manchester City midfielder hopes to be included in Loew's squad, but admits being nervous about how German fans will react after he was booed the last time Germany played at home.

"I hope that I will be welcomed with open arms - first and foremost from my team-mates and DFB (German Football Association) officials," the Manchester City star told German newspaper WAZ.

"And then I hope that there will be no whistles in the stadium against me.

"If it happens, then I'll have to face it. It will be a test, but I can promise that I will do my best."

Gündoğan and Mesut Özil, both born in Gelsenkirchen to Turkish parents, found themselves at the center of a political storm on the eve of the World Cup when they were photographed meeting Turkish President Recep Tayyip Erdoğan in London.

"There are people who politically used the photo for themselves. And in this context, the border to racism was partially crossed," said the midfielder.

Gündoğan admits shutting himself away after German fans booed him in Leverkusen when he appeared as a substitute in a 2-1 win over Saudi Arabia before the squad flew to the World Cup.

"After the game, I locked myself in the toilet," he admitted.

"I talked to the club's psychologist briefly to see if he could give me some relief. But I don't think anyone can help me with this," the 27-year-old Manchester City midfielder told German media outlet WAZ on Monday.
​

"I was angry, disappointed and sad.

"But I know that you have to go through difficult moments in life.

"I wanted to face it then and I want to do that in the future. If I'm selected now, I'm ready."

Özil retired from international duty last month in the wake of the World Cup shock, when Germany finished bottom of their group, accusing the DFB of racism with his parting shot, but for Gündoğan it was also a difficult time.

"Although there were no thoughts of retiring (from Germany duty), there were doubts about whether things could ever be the same again after the photos," he admitted.

"If you are so attacked by many, booed by your own fans and insulted by German politicians, then you worry.

"But I do not want to run away - I want to face the situation.

"That's what I did back then in Leverkusen, when it was clear that there would be whistles against me.

"It was extremely difficult - I will not forget it until the end of my life."

- Özil's resignation is loss for the team -

Gündoğan says it was 'a pity' Özil decided to resign.

"It's a loss for the team. Mesut has also done a lot for me personally. He was one of the reasons why I wanted to play for Germany," said Gündoğan.

"I would have wished that he could have had a better, more deserved goodbye.

"However, one has to say that it was Mesut's decision to quit - with all the consequences."