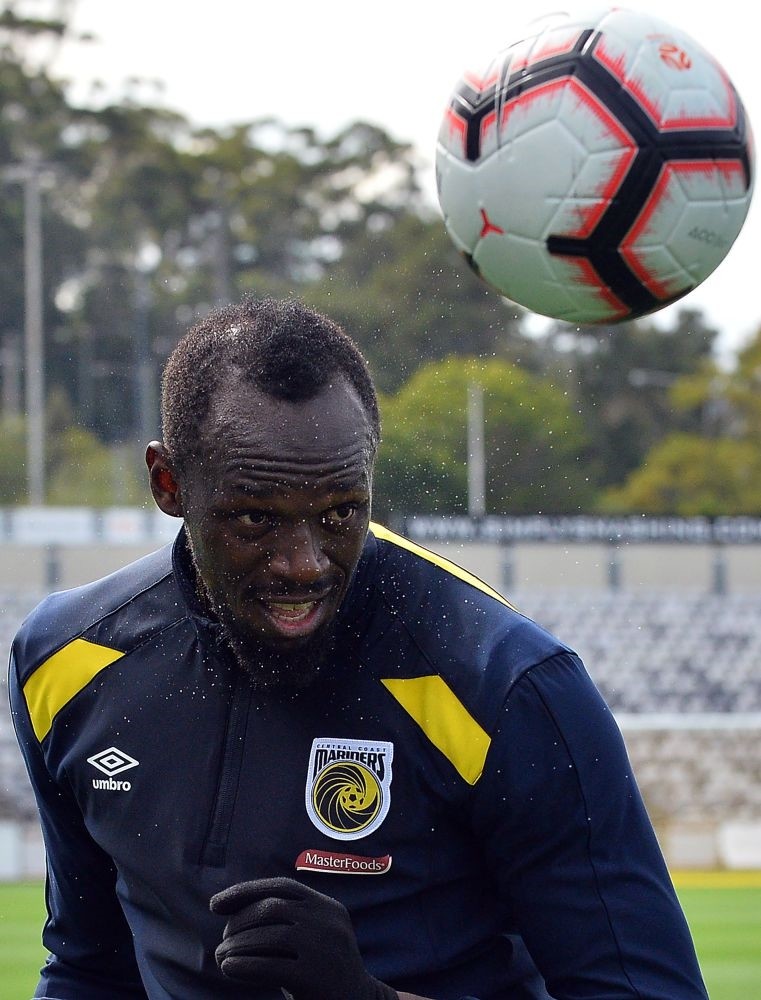 Jamaica sprint star Usain Bolt will make his first appearance for A-League club the Central Coast Mariners in a pre-season match against a Central Coast amateur selection on Friday. The eight-time Olympic champion is on trial with the Mariners, hoping to win a professional contract to play in the A-League in the season beginning in October. He has been training on the left wing and expects to play about 15 to 20 minutes in that position during the match. Club officials are predicting a crowd of 12,000 will attend the match in the Mariners' home town of Gosford, near Sydney, and Bolt, at home on a much larger stage, expected to be nervous in his debut.

"There definitely will be nerves, it's not like it's a charity game anymore," Bolt said. "I expect to make mistakes but I also expect to go out there, make myself proud and to push myself.

"I know I'm not going to have a perfect game."

Bolt had his first full training session with the Mariners yestertday after taking time to ease into his new role during his first week with the club. He appeared at times to struggle with the pace and demands of training.

"I think the thing he's struggling with more than anything else right now is getting used to the football fitness," Mariners coach Mike Mulvey said. He said in terms of skills Bolt is "doing okay." "He's got rudimentary skills, there's no problem about that. It's about being able to do it at the speed that we do it." Bolt said he found the nature of football training different and demanding but felt he had made some improvement in his first week.

"For me, it's the stop and go's, the tick-tacks. Because I'm not used to picking up speed, going back down, up and down, up and down, back and forth, that's the most challenging," he said. "The season doesn't start until the end of October so I have time."

He felt he isn't far from full fitness.

"It's just time," he said. "I don't know how my body is going to feel. I know when I'm on the field, I'm always going to push myself."