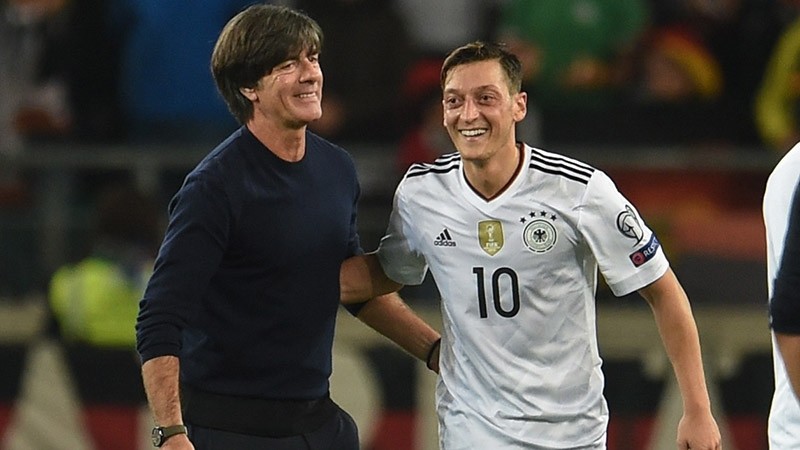 Loew said Özil "clearly resigned so it's not an issue."

Özil, who made 92 appearances for Germany, quit the national team in July following the furor over his photo with President Recep Tayyip Erdoğan and accused the German soccer federation, its president, fans and media of racism against people with Turkish roots.

The Arsenal midfielder said he felt he was being made a scapegoat for Germany's embarrassing World Cup exit. However, he appeared to keep the door open to a return when he said he would never play for the team "as long as I have this feeling of racism and a lack of respect."

Loew previously said Özil had not informed him of his intention to retire and that he tried several times to reach him by telephone but without success. He said "Mesut decided to go another way."

Özil was born on Oct. 15, 1988, in Gelsenkirchen, western Germany. He started playing professional football with FC Schalke 04. He became a star midfielder while playing for Werder Bremen, and his efforts were also seen during the 2010 World Cup.

Before winning the World Cup in 2014, Özil was transferred to Arsenal from Spanish giants Real Madrid in 2013.

He scored 23 goals and assisted 40 times with the German national football team, a record. He won the World Cup in 2014 in Brazil. He was awarded a bronze medal in the 2010 World Cup in South Africa.

He also won the German player of the year award five times. Özil was also one of the 2010 Golden Ball award nominees. He was selected for the Euro 2012 team of the tournament and also twice appeared in Euros semifinals.