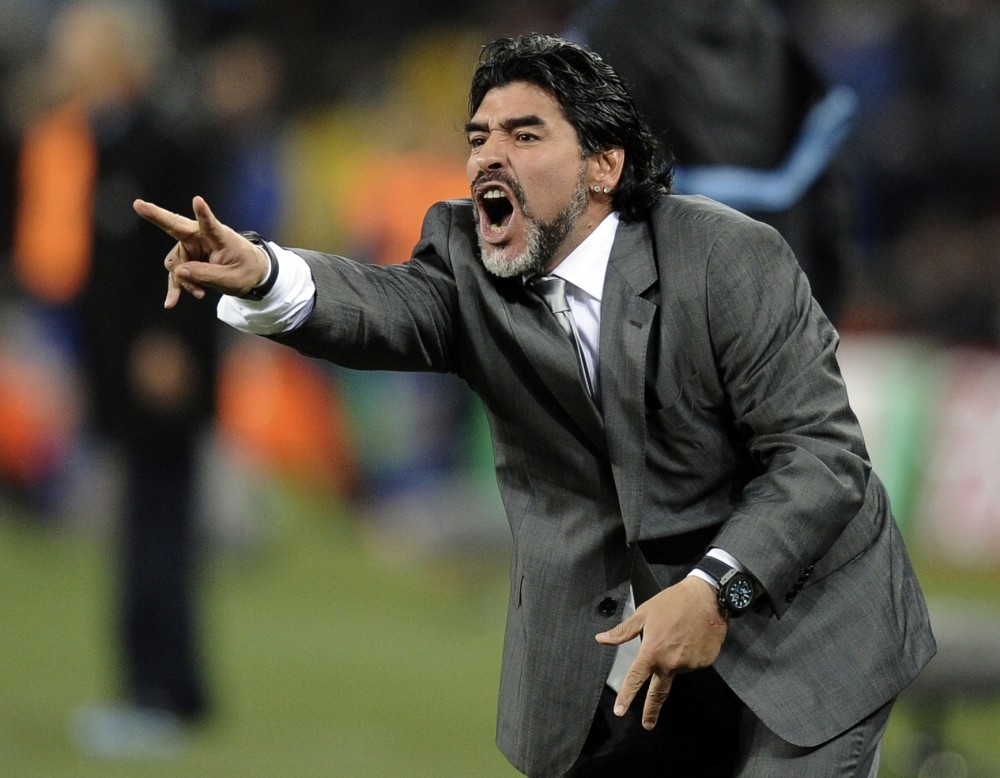 Maradona's colorful career has included stints coaching the Argentine national team and a series of clubs around the world, and he had just started a job as president of Belarus side Dinamo Brest in July. But after parting ways with coach Francisco Ramirez Gamez, Dorados managed to convince 57-year-old Maradona to sign up for a spell in Mexico at the club known as "Big Fish".

The club wants Maradona to stay for the remainder of the 2018 season and all of next season, Dorados president Jorgealberto Hank Inzunza told ESPN. Located on Mexico's Pacific coast, Sinaloa is home to several famous beach resorts and the drug cartel of the same name, founded by jailed kingpin Joaquin "El Chapo" Guzman. Maradona himself is no stranger to drugs.

He was hit with two doping bans as a player, and has publicly battled with drug addiction, alcoholism and obesity. His erratic behaviour in the stands at the World Cup in Russia led to him needing medical assistance after Argentina's last-gasp win over Nigeria in Saint Petersburg. Mexico was the scene of Maradona's greatest triumph: leading Argentina to the 1986 World Cup title.