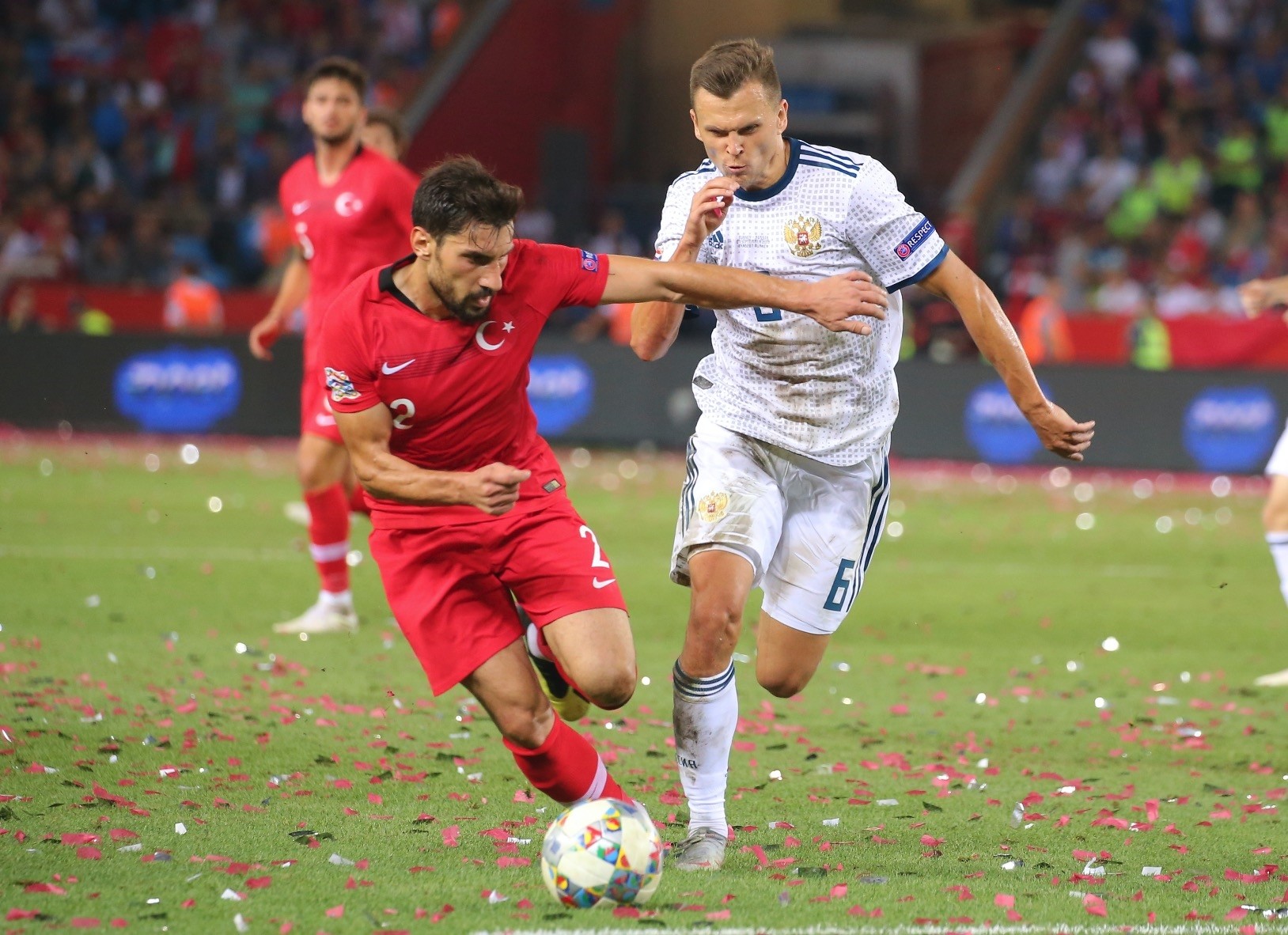 Turkey will look to bounce back in the UEFA Nations League as it takes on Sweden in its League B Group 2 match today.

In its first match in the competition Friday, Turkey lost against World Cup host Russia 2-1 in Trabzon.

On the other hand, Sweden, who reached the World Cup quarterfinals, lost 2-0 to Austria in a friendly Thursday.

Turkey's coach Mircea Lucescu fielded a revamped young side Friday. The team initially failed to impose itself on Russia, in front of an enthusiastic crowd in the Black Sea province of Trabzon.

Despite controlling the majority of the game and creating several chances late on, Turkey could not find the net.

The Nations League, the brainchild of European football body UEFA, aims to boost interest in internationals, which are seen by clubs and fans as disruptive to the domestic football season. To be held every two years, it features all 55 of Europe's national teams divided into four divisions split into four groups, with games to be played between September and November. The four group winners will be promoted to the higher division, while the bottom four teams will be relegated to the lower division.

Elsewhere, England's World Cup feel-good factor has faded. The football fervor that swept through the country during June and July was punctured by a 2-1 loss to Spain as England's homecoming that turned into a letdown at Wembley Stadium on Saturday.

For the first time in 30 years, England has lost three matches in a row. The English hadn't even lost a competitive fixture at home in 11 years when Croatia denied them a place at the 2008 European Championship. Those dismal days of missing out on evening reaching a major tournament seemed a distant memory when Gareth Southgate inspired England's unlikely run to the semifinals at the World Cup and supporters emulated the coach's touchline fashion by wearing vests or waistcoats as they are called in Britain. But strip back the headiness of the summer. The semifinal collapse to Croatia, defeat to Belgium in the third-place game, and loss to Spain at the start of the UEFA Nations League show why Southgate has been tempering the giddiness. In the four matches of the Premier League season, Englishmen have accounted for only 30 percent of playing time. In another League A game - in Group 2 - Switzerland swept to a 6-0 victory over Iceland. It is another setback for Iceland which failed to win a game at its first World Cup in June after reaching the quarterfinals on its European Championship debut in 2016.

In League B, Bosnia-Herzegovina won 2-1 at Northern Ireland. In League C games, Finland beat Hungary 1-0 and Greece won in Estonia by the same score. In a pair of lopsided results in League D - the lowest tier - Belarus thrashed San Marino 5-0 and Luxembourg beat Moldova 4-0.