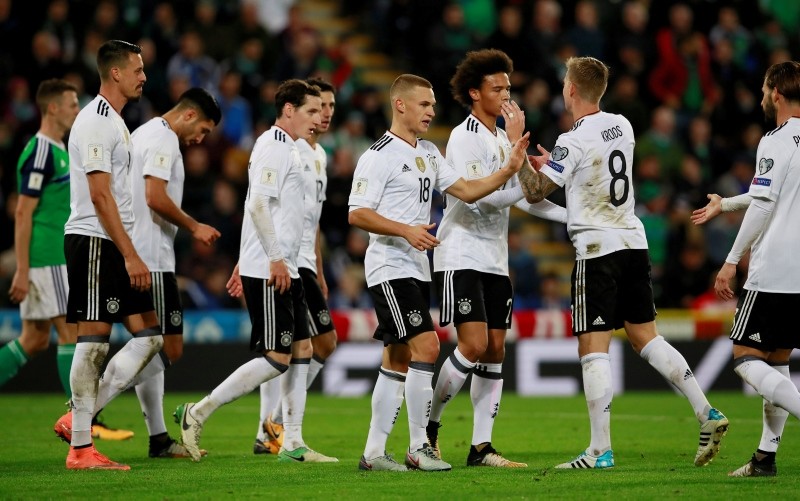 Germany is in tough competition with Turkey to host the 2024 UEFA European Football Championship, experiencing serious challenges at the German Football Association (DFB) and the German Football League (DFL) in addition to the ongoing racism debate after Mesüt Özil's resignation from the national team and DFB President Reinhard Grindel's ignorant stance on this issue.

Several German media outlets on Monday criticized Germany's handling of the situation, suggesting that Turkey's candidacy for EURO 2024 may be more promising.

The tight competition between Germany and Turkey to host the popular football tournament is currently a top priority for the former world champions. DFB head Grindel's future may also depend on the decision of the UEFA Executive Committee, which will convene in Switzerland's Nyon to choose the hosting country on Sept. 27. Grindel underlined "political and financial stability" and Germany's infrastructure in the country's bid to host the EURO 2024, while Turkey promotes its strategic location in addition to its state-of-the-art transport system and heavy investments into stadiums and sports.

Özil's decision to quit the national team due to racist insults by German media and officials had a shock effect in the country. The German football star of Turkish origin mentioned Grindel by name, implying that he was one of the people responsible for the situation.

"In the eyes of Grindel and his supporters, I am German when we win, but I am an immigrant when we lose," Özil said in an open letter, further spurring discussions on racism.

Grindel, on the other hand, accepted his mistakes on the issue but denied racism accusations. He confessed that he should have done more to protect Özil from racist attacks and abuses which reached their peak after a photograph of Özil with Turkish President Recep Tayyip Erdoğan aired.

Although Grindel's partial acceptance of his responsibility over the issue is a step up for German football and Germany's attitude in its integration policies in general, the German media are still looking for ways to blame Özil and the ones close to him in order to justify their actions that eventually caused the racism critiques.

Meanwhile, right-wing extremist protests in eastern Germany mostly targeting asylum seekers revived the international debate on populism and Islamophobia in the country as Muslims have been complaining for years about cases of discrimination in everyday life and institutional racism.

The German Football League (DFL) will undergo structural reforms ahead of the departure of its current president Reinhard Rauball in August next year. German media reported that the chairmanship in DFL could be lifted to make it more "powerful." The DFL will also undergo changes to keep up with the more economically upper-hand international leagues such as those in Spain and the United Kingdom. The German Football Association's (DFB) reputation, on the other hand, also suffered significantly after the Grindel-Özil case, leading to calls for restructuring and reducing Grindel's chances of re-election as president.

The national team and unhappy fans

The German national team still has not processed its embarrassing preliminary elimination from the World Cup this year, German media reported. Germany coach Joachim Lowe and manager Oliver Bierhoff are still highly criticized by local press, while the junior section is also under scrutiny for lagging behind other U-teams in the international arena.

The alienation of Germany's national team fans is also a hot topic, with high ticket prices, late kick-off times and limited public training sessions. While national team coach Loew promised more "intimacy," the German Bundesliga is facing criticism as fans are in confrontation with officials in a bid to "preserve the values of football," German media said Monday.