Ronaldo sent off on Champions League debut for Juventus 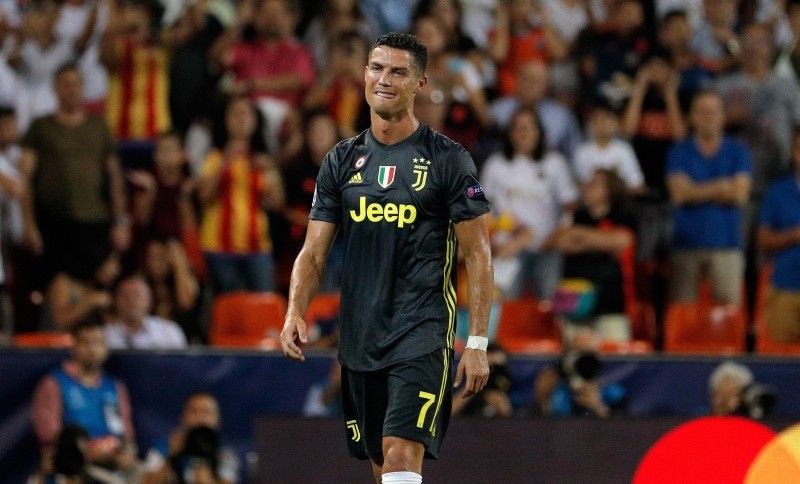 Juventus' forward Cristiano Ronaldo reacts after being sent off during the UEFA Champions League soccer match between Valencia CF and Juventus FC at Mestalla stadium in Valencia, Spain, 19 September 2018. (EPA Photo)
by Associated Press Sep 19, 2018 12:00 am

Cristiano Ronaldo has been sent off in his first Champions League match for Juventus and walked off the pitch in tears.

Ronaldo was dismissed in the 29th minute of Juve's match at Valencia on Wednesday after tangling with Jeison Murillo.

The Portugal forward appeared to put his hand on the Valencia defender's head and referee Felix Brych showed Ronaldo a straight red card after discussing with his assistant behind the goal.

Ronaldo looked baffled and kept professing his innocence. The Portugal star was clearly distraught as he left the pitch, still shaking his head. It was his first red card in 154 Champions League games, and the decision means he is set to miss a return to Old Trafford when Juventus plays Manchester United next month.

The 33-year-old Ronaldo joined Juventus from Real Madrid in the offseason and scored his first two goals for Juventus this past weekend in a 2-1 win over Sassuolo in Serie A.

Ronaldo is the Champions League all-time leading scorer with 120 goals.