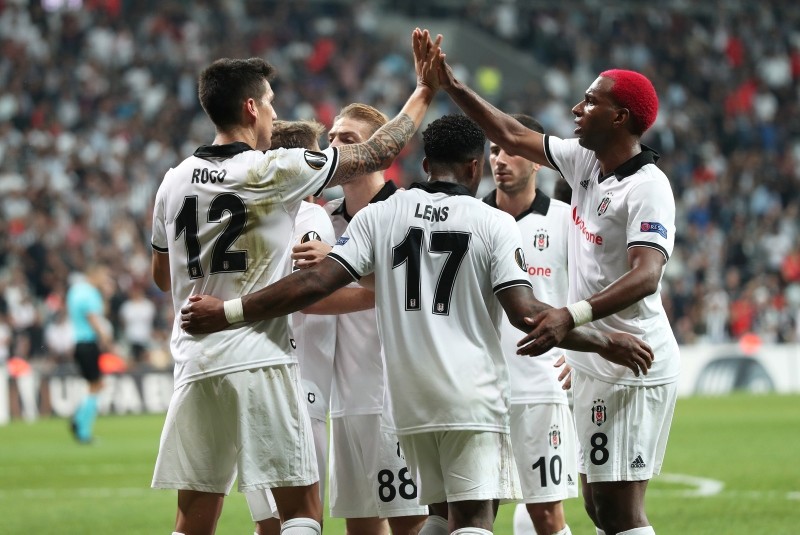 In Group I game, Black Eagles pressured well the Norwegian side at Beşiktaş's Vodafone Park in Istanbul and had relatively more possession but Sarpsborg had created better chances in the first half of the match.

The Black Eagles scored their first goal at the 51st minute, with Ryan Babel sending the ball to the back of the net.

At 69th minute, Ljajic delivered a free-kick and Roco rose to head past Vasyutin and scored the second goal for Black Eagles. Beşiktaş's Lens drilled in the third goal to kill off any comeback hopes for Norwegian side.

Approaching the end of the match, Jeremain Lens finished with a third goal at the 82nd minute.

Sarpsborg scored at 90+4 with a powerful header by Zachariassen.

With this score, the Istanbul team got off on the right foot, starting the group stage with three very crucial points.

The sides met for first time in UEFA competition and Sarpsborg made their first trip to Turkey.

Beşiktaş finished fourth in Turkey last season, while Sarpsborg were third in Norway.

The first two teams each from 12 groups will reach the last 32 round of the Europa League. The final will be held in the Baku Olympic Stadium in Azerbaijan on May 29.