Fatih Terim: We have a dream 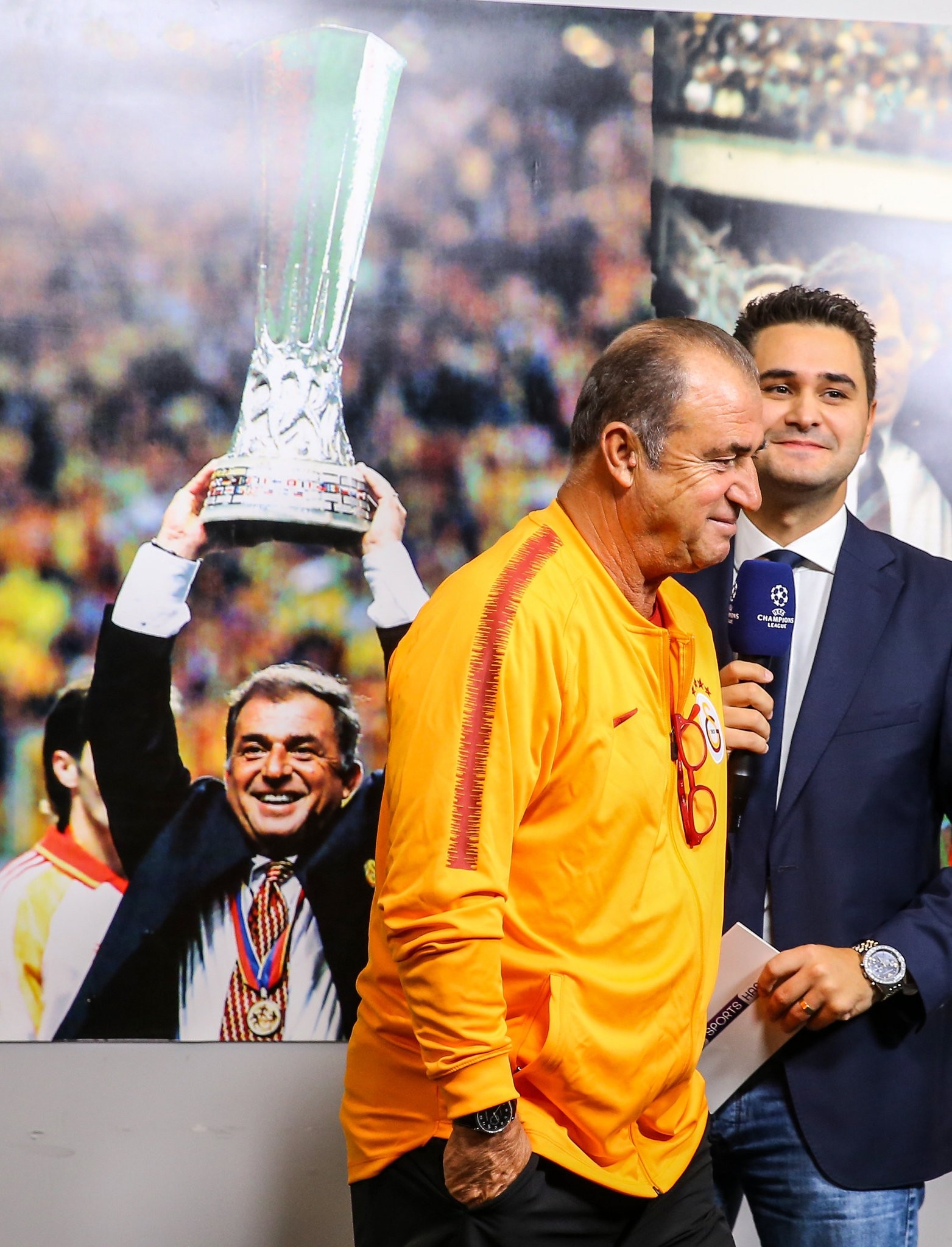 After spending two seasons outside Europe's premier club competition, Galatasaray returned to the Champions League in style, beating Lokomotiv Moscow 3-0. After the win, coach Terim said, 'We have a dream and we are well-trained to achieve it,' referring to winning the biggest trophy

Turkish champion Galatasaray defeated Russia's Lokomotiv Moscow 3-0 Tuesday in their first UEFA Champions League appearance this season. This was also the Lions first win in seven matches in European tournaments. Their last win had come against Benfica (2-1) in Istanbul, in the 2015-2016 season, in the Champions League group stages. They lost four matches and drew three since. Galatasaray also ended its drought in having a winning start in the Champions League. The last they had one was in 2002-2003 when they had also beaten the same opponent, Lokomotiv Moscow. After almost two seasons outside Europe's premier club competition, the Turkish champion beat its Russian counterpart with high-tempo tactics and swift counterattacks in the Group D game.

Garry Rodrigues gave Galatasaray the lead in the ninth minute with a low hard shot from just outside the penalty area. In a stadium famously hostile to visiting teams, with the crowd roaring, Lokomotiv keeper Guilherme got a hand to the ball, but couldn't stop it. Eren Derdiyok doubled Galatasaray's lead in the 67th minute when he curled a free kick around the Lokomotiv wall. Only Guilherme's outstretched hand stopped Rodrigues from making it 3-0 on a breakaway in the 75th minute. Galatasaray midfielder Badou Ndiaye was sent off in the 87th after earning a second yellow card for a late tackle on Anton Miranchuk.

Selçuk İnan scored Galatasaray's third from the penalty spot in stoppage time after Guilherme brought down Emre Akbaba on a counterattack. It was Galatasaray's first home win over a Russian club.

Galatasaray coach Fatih Terim said, "It was a great start, one fit for the Champions League. We are slowly getting into the groove. This was the first time Lokomotiv conceded three goals this season. It is an important achievement to beat such a team 3-0. Our only sorrow was to lose Ndiaye. We have a dream. I don't know it will come true but we have won the UEFA Cup before. We are well-trained to dream big."

Lokomotiv is back in the Champions League group stage for the first time in 15 seasons. In the other Group D game, Porto and Schalke drew 1-1.

"We were probably too nervous in the beginning," Lokomotiv left back Bryan Idowu said. "Their goals came out of nowhere. We managed to take the game under control for some time but it didn't last long."

There were some positives for the Railwaymen, especially in the first half. Lokomotiv pressed Galatasaray high up the field and especially in the first half forced errors to exploit with its smart set-piece routines. Lokomotiv's costliest summer signing, forward Fyodor Smolov, was suspended for the game. The Russian team came closest in the 20th when Galatasaray goalkeeper Fernando Muslera needed lightning reactions to keep out Jefferson Farfan's header off a cross from Alexei Miranchuk, who also tested Muslera with a hard shot from distance in the 50th minute.