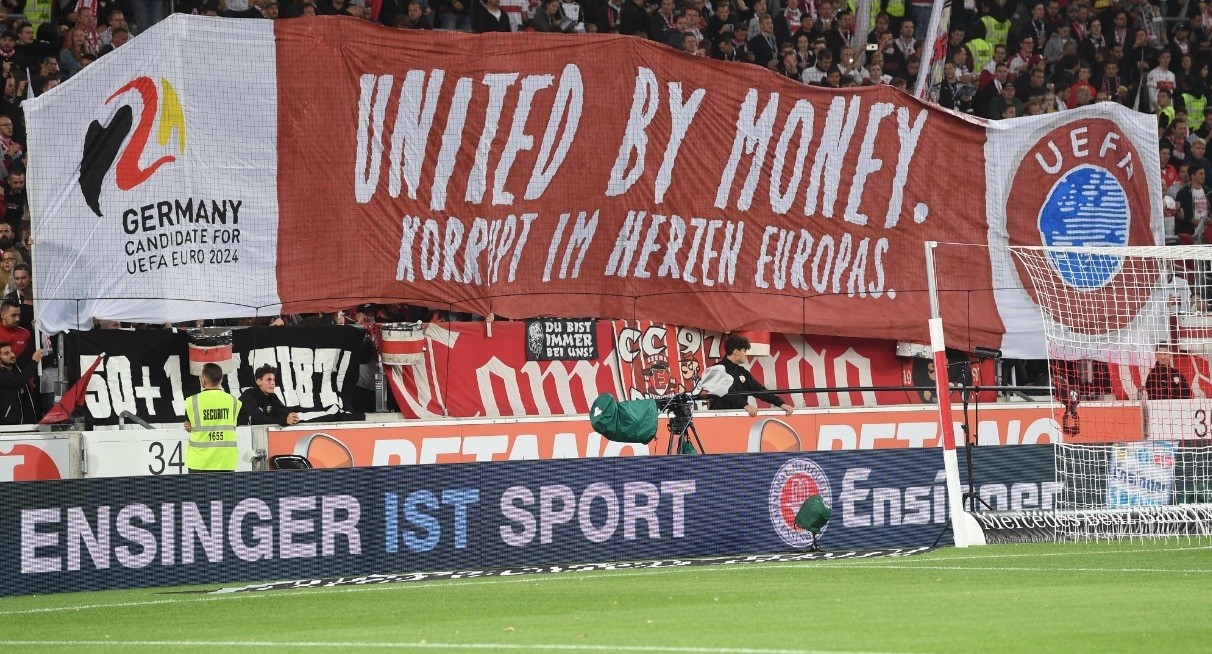 Stuttgart fans hold up supporters display a giant banner reading u201cUnited by money, corrupt in the heart of Europeu201d to protest against Germanyu2019s candidacy for Euro 2024 during a Bundesliga match, Sept. 21.
by Anadolu Agency Sep 26, 2018 12:00 am

Germany is facing racism and bribery-related issues and widespread protests ahead of UEFA's decision on the host country for Euro 2024. On Friday, UEFA issued an evaluation of Turkey and Germany's Euro 2024 bids. The report included feedback on the state of the country's stadiums, as well as the political, social and environmental aspects, along with issues related to security, mobility, accommodation, and training facilities. According to the UEFA evaluation report, four out of 10 candidate host cities in Germany are not members of the European Coalition of Cities against Racism.

The DFB head later admitted that he had not been supportive enough. During matches last week, German football fans held banners and raised slogans against hosting the tournament. In recent years, the DFB has been embroiled in fraud and racism allegations. In 2015, German weekly Der Spiegel claimed that Germany paid around $7.8 million in bribes to secure the 2006 World Cup. Wolfgang Niersbach, the then head of DFB, was forced to resign over the bribery allegations, and FIFA banned him from football for a year.