Pogba-Mourinho: Is this the end of the road at Manchester United? 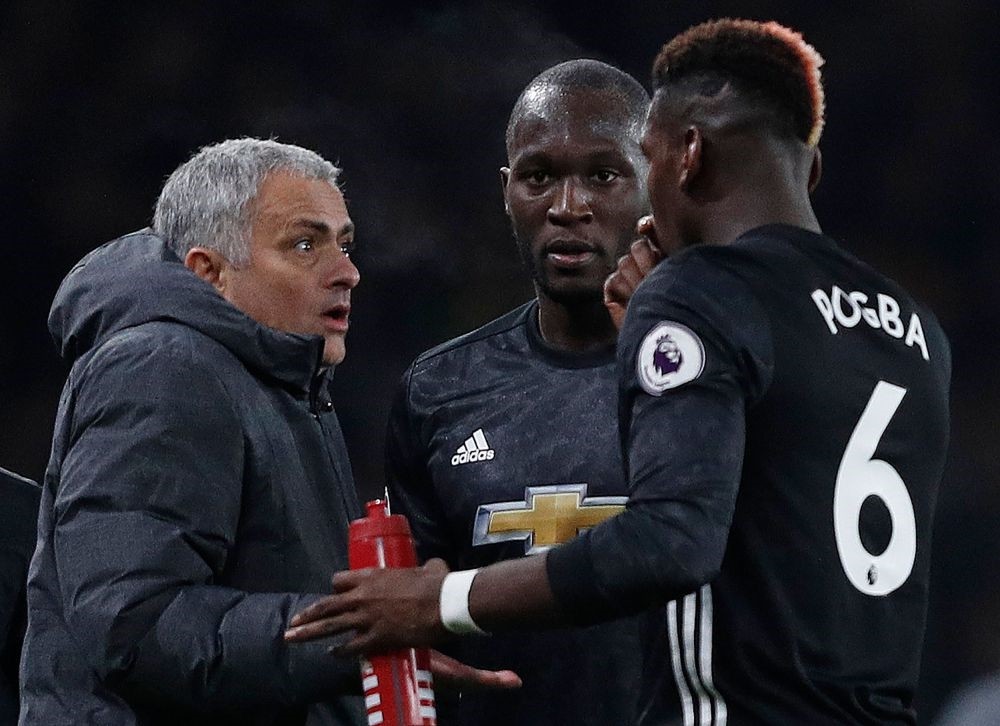 Manchester United's Portuguese manager Jose Mourinho (L) reacts as he talks with Romelu Lukaku (C) and Paul Pogba during the English Premier League match against Arsenal at the Emirates Stadium in London, Dec. 2, 2017.
by Sep 27, 2018 12:00 am

Jose Mourinho was left red-faced amid fresh talk of a rift with Paul Pogba as Manchester United crashed to a shock penalty shoot-out defeat against Frank Lampard's Derby in the League Cup on Tuesday. Just hours after Mourinho reportedly told unsettled star Pogba that he would never captain the team again, there was a bitter pill for the United manager to swallow as second tier Derby sprang a major surprise in the third round at Old Trafford.

But, it was a sweet moment for Derby boss Lampard, who enjoyed so much success working under Mourinho during their time at Chelsea. However, the apprentice's victory over his teacher was a painful blow to Mourinho, who has endured a troubled time since the end of last season and had to watch as Lampard danced jubilantly with his players on the pitch.

After squabbling with United's hierarchy over their failure to sign the targets Mourinho wanted, he has become embroiled in a feud with Pogba amid increasingly alarming results.

Defeats against Brighton and Tottenham, coupled with Saturday's draw against Wolves, have left United off the pace in the Premier League and now they are out of the League Cup.

It was a downbeat conclusion to a torrid day for United after relations between Mourinho and French World Cup winner Pogba reportedly hit a new low. Pogba is believed to have been informed in front of teammates that he does not embody what the club is about, so will no longer act as captain when regular skipper Antonio Valencia is absent.

The 25-year-old infuriated Mourinho after the Wolves match when he insisted United should "attack, attack, attack" in what was perceived as a dig at the manager's conservative tactics. Asked just before kick-off about Pogba's absence from the squad, Mourinho insisted the former Juventus star had been "rested." The Pogba row overshadowed a superb achievement by Lampard, who only took his first managerial role at Derby in the close-season.