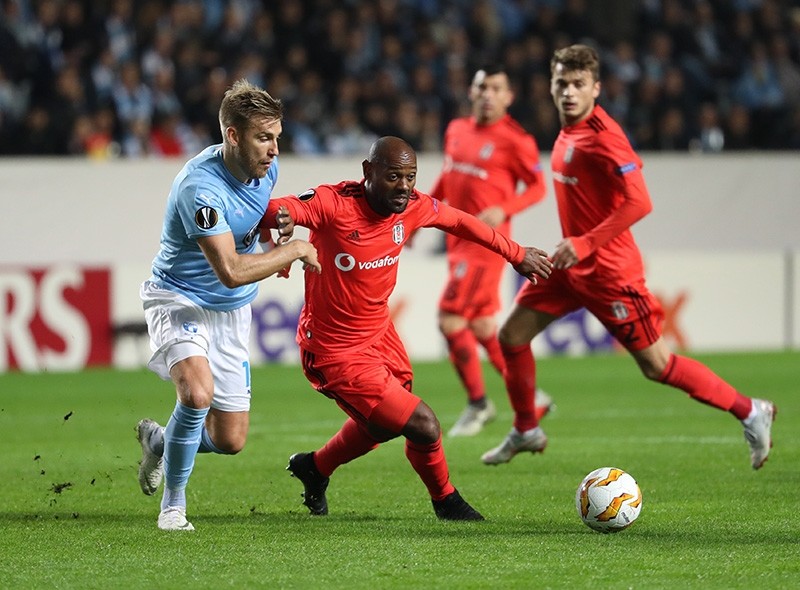 Beşiktaş was defeated 2-0 by Sweden's Malmo at a UEFA Europa League group stage match at Swedbank Stadio on Thursday.

In the Group I away match, Beşiktaş was the more composed side in possession, but loud chants by the home fans distracted the Black Eagles in the first half.

Malmo right-back Andreas Vindheim scored in the 51st minute as he whipped in a ball from the right touchline that appeared to deflect off Beşiktaş's Caner Erkin and snuck into Loris Karius' net. The Swedish side expanded its lead in the 76th minute as Markus Rosenberg scored from the penalty spot, with the match ending 2-0.

The second week of the UEFA Europa League concluded Thursday with 24 matches.

In the other Group I match, Sarpsborg defeated Genk 3-1.

Malmo had lost the opener 2-0 at Genk while Beşiktaş had defeated Sarpsborg 3-1 in their first match in the group.