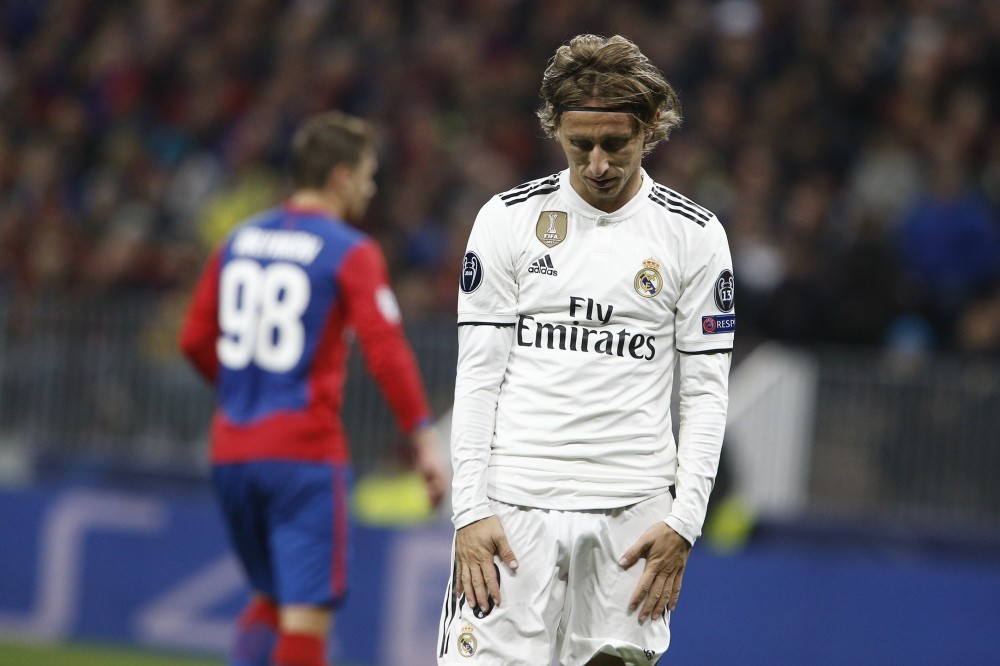 Even with nearly 70 percent possession and Luka Modric introduced off the bench, Real couldn't break down CSKA on Tuesday.
by Associated Press
Oct 04, 2018 12:00 am

Not since the days of David Beckham has Real Madrid gone so long without scoring. Tuesday's 1-0 loss to CSKA Moscow in the Champions League was the Spanish giant's third game without a goal - its worst run since the 2006-07 season. Back then, Ruud van Nistelrooy scored to get Real out of its slump. This time around, Madrid coach Julen Lopetegui says he's keeping faith in Karim Benzema, who hasn't scored in six games.

"It's not just a problem for Benzema but for all the attacking players," Lopetegui said through a translator. "We need to keep creating chances, that's all we can do. I'm sure that sooner or later we'll start scoring, with this level of dedication."

Madrid hit the woodwork three times against a Russian team which went - and stayed - ahead through Nikola Vlasic's goal in the second minute on a frustrating night for the reigning European champion. Madrid lost 3-0 at Sevilla on Wednesday in the Spanish league and drew 0-0 in Saturday's Madrid derby against Atletico. Lopetegui's team faces Alaves and Levante in the Spanish league, then Plzen in the Champions League, before the Oct. 28 "clasico" at Barcelona.