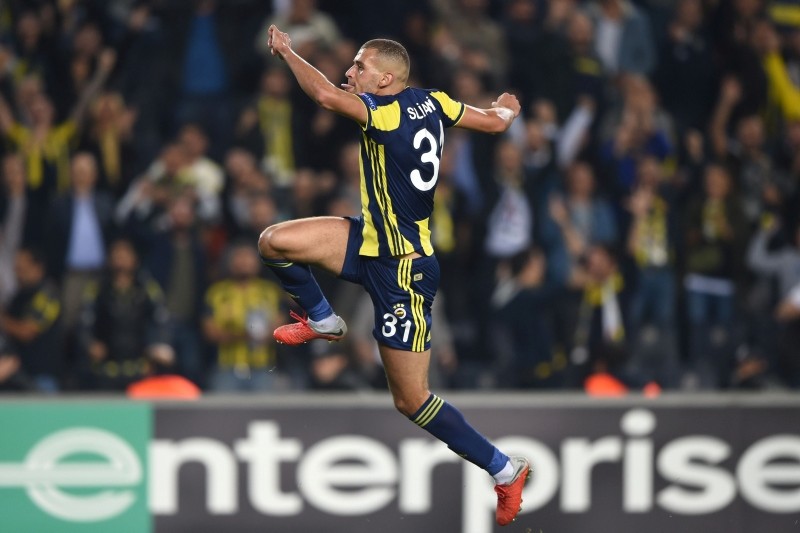 Fenerbahu00e7e's Algerian forward Islam Slimani celebrates after scoring a goal during the Europa League against Spartak Trnave at the u015eu00fckru00fc Sarau00e7ou011flu Stadium in Istanbul on October 4, 2018. (AFP Photo)
by Anadolu Agency
Oct 04, 2018 12:00 am

The Group D match at Şükrü Saraçoğlu Stadium saw a possession-dominating Fenerbahçe side, but the Istanbul side was unable to break the deadlock in the first half despite forcing its opponent to defend.

The Yellow Canaries ended the stalemate in the 52nd minute when Trnava's goalkeeper Martin Chudy could not clear the ball in the six-yard box and Slimani used the opportunity to score from close range.

Fenerbahçe increased its lead to 2-0 in the 68th minute when Slimani scored a header to Andre Ayew's cross from the left wing.

In the other Group D match, Dinamo Zagreb beat Anderlecht 2-0 in Belgium to continue to lead the group.