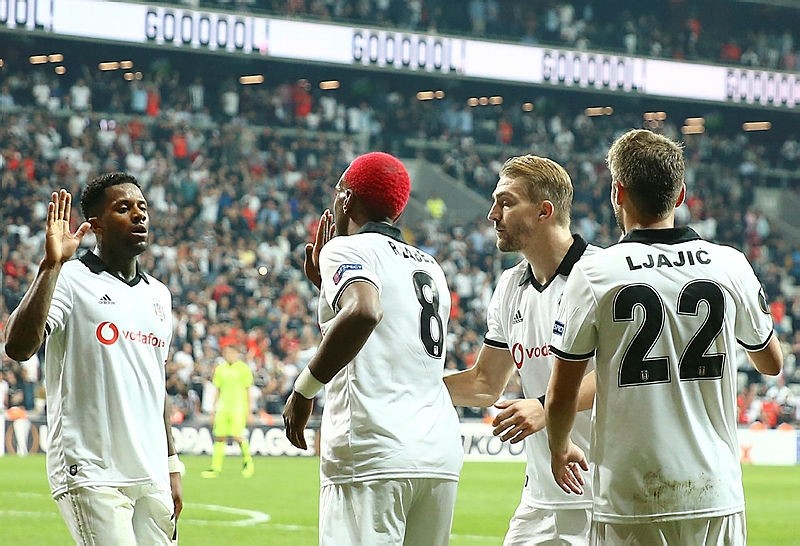 As its woes continue in the Super League with four defeats in seven matches, Fenerbahçe wants to beat Spartak Trnava in the Europa League in order to breathe a sigh of relief. Also today, Beşiktaş and Akhisar travel to Malmö and Standard Liege respectively

After the worst start to a season in recent memory, Fenerbahçe will look to bounce back against Spartak Trnava in its second UEFA Europa League group stages match today. The Yellow Canaries have lost four of their seven opening matches in the Spor Toto Super League and were thrashed 4-1 by Dinamo Zagreb in their first UEFA Europa League match this season. After a number of consecutive defeats, Fenerbahçe will be desperately looking for a win against Slovakia's Trnava. The match will also be a matter of survival for Fenerbahçe's Dutch coach Philip Cocu. According to Turkish media reports, the club wanted the Dutchman to resign but he refused. The reports also claimed that Fenerbahçe was now negotiating with several coaches, including former managers Aykut Kocaman and Ersun Yanal. Fenerbahçe elected Ali Koç as the club chairman this summer, with hopes of reclaiming the Super League title and going far in the European competitions. But that has not been the case so far, as the team has accumulated only seven points in seven matches and remains only two points clear from relegation.

The results have not helped Cocu either. Fenerbahçe and its fans were looking for a UEFA Champions League a berth this season, after failing to do so for 11 years. However, their hopes were crushed in August when their team was eliminated by Portugal's Benfica in the qualification round. And after the recent below-par performance fans have voiced their dissatisfaction to Chairman Koç.

Meanwhile, the two other Turkish teams in the UEFA Europa League – Beşiktaş and Akhisarspor – will also hit the road today. The Black Eagles will travel to Sweden to face Malmö, who lost its opener 2-0 to Genk. Beşiktaş, on the other hand, beat Sarpsborg 3-1. The sides have met in four previous UEFA games with Malmö recording two wins, one draw and one loss. With Şenol Güneş at the helm, the Black Eagles have won seven out their 16 games in the European tournaments and drew in four. Beşiktaş also managed to score against European rivals in 31 of 33 matches under Güneş's management.

Akhisarspor will be hosted by Belgian powerhouse Standard Liege today. It will be the 33rd match between Turkish and Belgian teams. Turkish teams have won nine of 32 matches against their Belgian rivals while 10 of those matches ended in draws. Standard Liege has never lost against a Turkish team in three matches. Akhisar lost 1-0 against Krasnodar in the first match of Group J.

Elsewhere, Unai Emery's Arsenal is looking to keep up their winning run when it makes its longest ever journey for a competitive game to face Qarabag in Azerbaijan in the Europa League today. Premier League rival Chelsea will host Hungarian champion Vidi, who dropped into this competition after losing to AEK Athens in the Champions League playoffs.

Other fixtures to look out for include AC Milan's home game against Olympiakos and former Europa Cup winner Sevilla's trip to Russia to face Krasnodar.