Galatasaray 12 games without away win in European contests 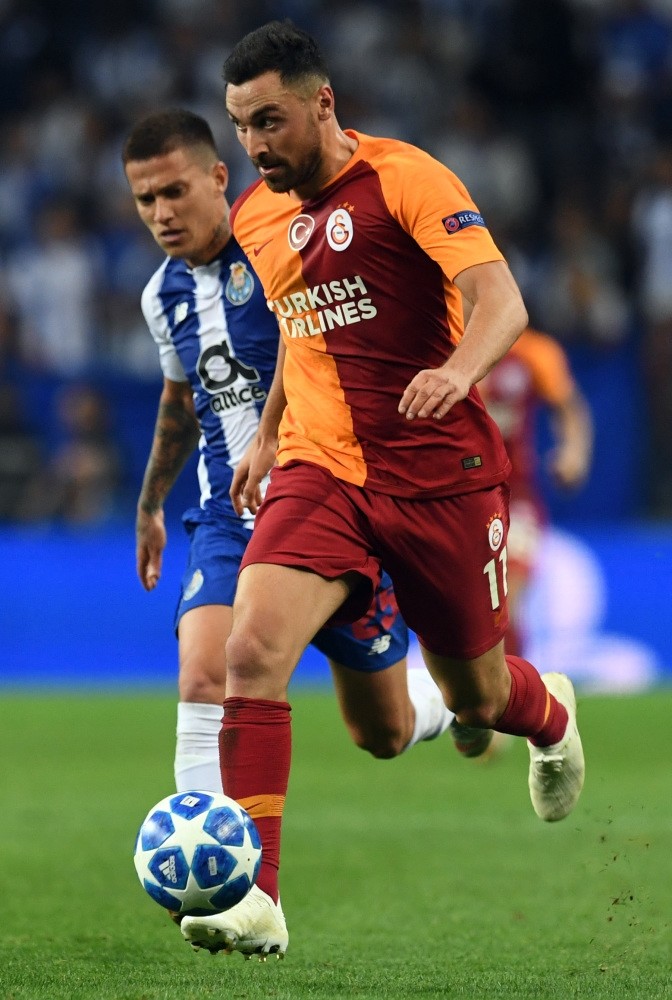 Galatasaray's Sinan Gu00fcmu00fcu015f (R) vies with Porto's Otavio during the Champions League group D match at the Dragao stadium in Porto.
by Compiled from Wire Services
Oct 05, 2018 12:00 am

Galatasaray continued its poor run in away matches in Europe on Wednesday as they lost to Porto in a UEFA Champions League Group D match. After the first half of the match ended 0-0, a header by Porto's Moussa Marega gave the hosts the lead early in second half in the 49th minute, with the match ending 1-0. It was the third consecutive win in all competitions for the Portuguese champion, all without conceding goals. The win left Porto even with Schalke on four points after two games. Galatasaray dropped to third place with three points.

Lokomotiv Moscow, which lost 1-0 to Schalke at home in the other group game Wednesday, stayed in last place. On Oct. 24, Porto visits Lokomotiv Moscow and Galatasaray hosts Schalke. The second week of the UEFA Champions League ended Wednesday with eight matches in Group A, B C and D that included three hat-tricks.

France's Paris Saint-Germain defeated Serbia's Crvena Zvezda 6-1 with a hat-trick by Neymar. Juventus' Cristiano Ronaldo missed play against Switzerland's Young Boys due to a one-match ban. Despite his absence, Juventus beat them 3-0 with a hat-trick by Paulo Dybala. Roma defeated Czech side Viktoria Plzen 5-0 as Edin Dzeko scored a hat-trick while Turkish right-winger Cengiz Ünder scored a goal and made one assist.