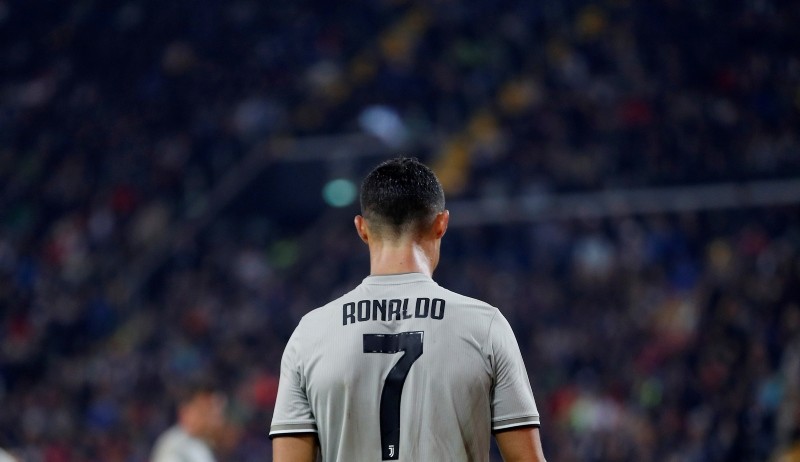 Juventus' Cristiano Ronaldo walks during the Serie A soccer match between AC Udinese and Juventus at the Dacia Arena Stadium, in Udine, Italy, Saturday, Oct. 6, 2018. (AP Photo)
by Associated Press
Oct 06, 2018 12:00 am

Speaking to television on the Spanish island of Lanzarote on Saturday, Costa made an appeal to the presumption of innocence, as well as Ronaldo's successful career.

"People need to understand one and for all that there's one thing that is presumption of innocence," Costa said. "It is not enough for someone to be accused of something to be guilty of it."

Costa added: "If there's something we have proof of is that he is an extraordinary professional, an extraordinary sportsman, an extraordinary footballer, and someone who has honored and given prestige to Portugal, and certainly what we all wish for is that nothing can ever stain that record of Ronaldo."

Last week, Kathryn Mayorga filed a civil lawsuit in the U.S. saying she was raped by Ronaldo in Las Vegas in 2009. Police have re-opened an investigation.

Ronaldo has denied the accusation.

Ronaldo's Italian club Juventus sent a statement of support and called him a "great champion," but his sponsors Nike and video game maker EA Sports have expressed concern about the allegation.