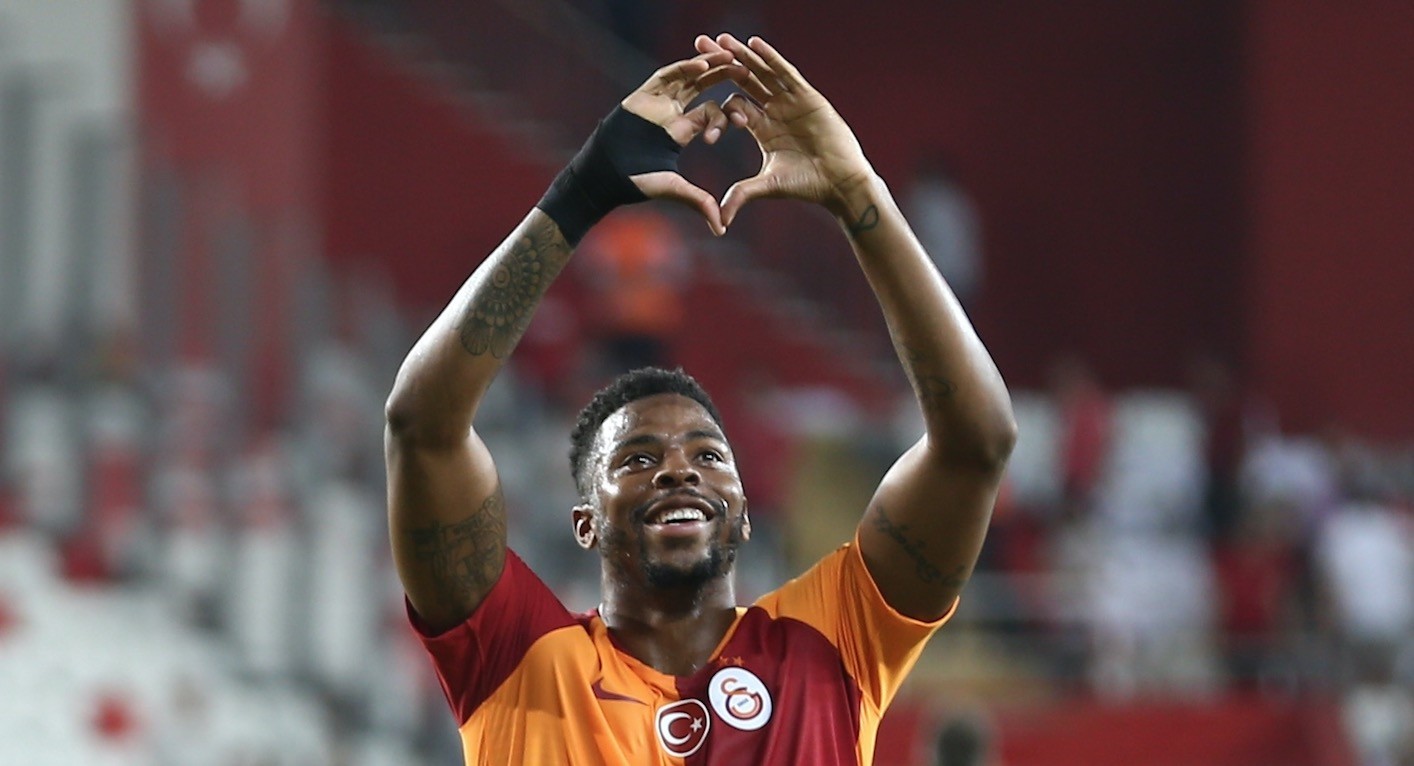 While the Lions are off to a great start in their title defense with 18 points in eight weeks, their archrival Fenerbahçe is struggling with eight points, just one place above the drop zone

Galatasaray remained top of the Spor Toto Super League after beating Antalyaspor 1-0 in an away match Saturday. Manager Fatih Terim used defender Maicon and subbed in defensive midfielder Ryan Donk in the forward area in the final minutes of the match to find the winning goal, and Donk did just that with a header. With Galatasaray being in a very good position in Turkey and in the Champions League, the club administration is expected to extend coach Fatih Terim's contract by three years, according to media reports. Terim's one-and-a-half-year contract will end next May. Media reports say that Terim will earn 3 million euros for each season. He had signed for a symbolic TL 1905 ($309) last year for a half season, in a reference to the foundation of Galatasaray in 1905.

On Sunday, the other Istanbul giant Fenerbahçe was held to a 0-0 draw by Başakşehir. Beşiktaş also dropped points playing away to Konya on Sunday. The match ended in a 2-2 stalemate. Thanks to an underwhelming performance for two of Istanbul's big three, Galatasaray further strengthened their title defense with 18 points. On the other hand, Başakşehir is placed second with 15 points. They are followed by Beşiktaş and Kasımpaşa with 15 points each. Meanwhile, the Black Sea side Trabzonspor was on the rise after it beat Akhisar 3-1 in an away match Sunday. Trabzon now has 13 from eight matches. With the win, Trabzonspor is having the best season in the last five years. The last time it could collect 14 points in eight weeks was back in the 2013-2014 season.

Fenerbahçe, however, has continued its poor run. After losing two points against Başakşehir, Fenerbahçe is now 10 points behind its city rival Galatasaray as of game week 8. The Yellow Canaries have lost four of their seven opening matches in the Spor Toto Super League. After a number of consecutive defeats, Fenerbahçe has been discussing the future of its Dutch coach Philip Cocu. According to Turkish media reports, Fenerbahçe has been negotiating with several coaches. The Istanbul team remains only one point clear of relegation in the Super League. On whether he will resign or not Cocu said "No" after the match against Başakşehir. After the draw with Başakşehir, Fenerbahçe fans chanted "Resign Cocu!" and they urged the club administration to give the top job to Ersun Yanal, who brought Fener its last league title in the 2013-2014 season. Nearly a thousand fans did not leave the Ülker Stadium after the match and called on club Chairman Ali Koç to bring Cocu and the team in front of the stands. They chanted "Cocu must go Yanal must come."

Meanwhile, Video Assistant Referee (VAR) system broke down for couple minutes in Fenerbahçe - Medipol Başakşehir match while referee disallowed Başakşehir's goal due to controversial off-side position. Medipol Başakşehir coach Abdullah Avcı said referee did not allow the clear goal while Elia, the player who scored the disallowed goal, said in Twitter that "I swear this has nothing to do with football. They stole my goal."