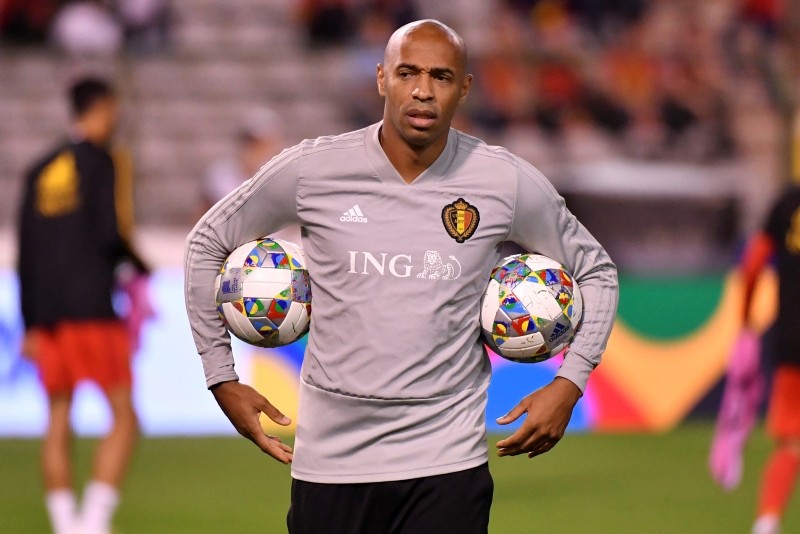 Former Arsenal star Thierry Henry will soon be announced as the new coach of Monaco, reports said Friday as the Frenchman completed his final day of work as assistant to Belgium coach Roberto Martinez.

Henry became the odds-on favorite to succeed Leonardo Jardim after he was sacked in midweek following a string of poor results that left Monaco languishing in 18th in French Ligue 1.

As Henry stood on the touchlines during a Belgium v Switzerland Nations League game on Friday, the website of L'Equipe said the 1998 World Cup winner "has agreed" to a three-year deal with the club and would be unveiled after the weekend.

Henry will "leave Belgium on Saturday to travel to Monaco, where his three-year contract will be officialized".

The report added: "He will be unveiled to the media on Monday."