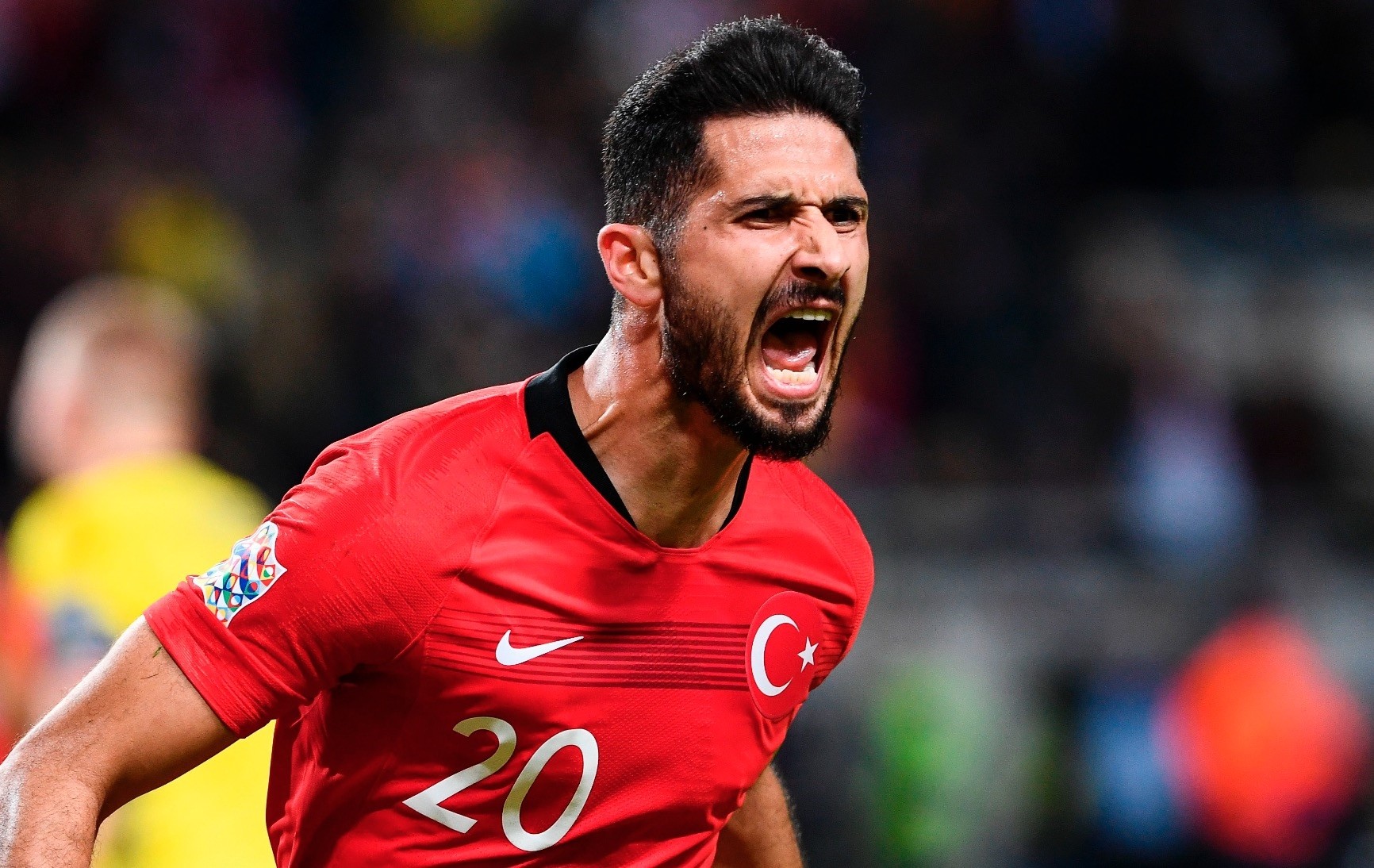 Turkeyu2019s midfielder Emre Akbaba celebrates after scoring during the UEFA Nations League match between Sweden v Turkey at Friends Arena in Solna on Sept. 10.
by reuters
Oct 12, 2018 12:00 am

The 55 national teams currently participating in the inaugural UEFA Nations League will see a 50 percent increase in solidarity fees paid to them, European football's governing body UEFA has said. The 12 strongest teams based on UEFA rankings – divided into four groups of three in League A – will each receive 2.25 million euros ($2.6 million) in solidarity fees, an increase of 750,000 euros from the amount announced in March. Each group winner in League A will be given an additional 2.25 million euros as a bonus, up from 1.5 million euros.

"The decision to increase the solidarity and bonus payments was taken by the UEFA executive committee and was made possible by UEFA's solid financial situation," UEFA said in a statement. UEFA added the financial boost was also due to their earnings from Euro 2016 that were set aside for future investment.

League A group winners will compete for the UEFA Nations League trophy in June 2019 and the champions stand to gain six million euros in solidarity fees – taking the maximum they could earn from the tournament to 10.5 million euros. The event, created to replace friendly internationals that were unpopular with clubs, players and fans as they interrupted league action, largely got the thumbs up after the first batch of matches in September.