Özil stars as Arsenal make it a perfect 10 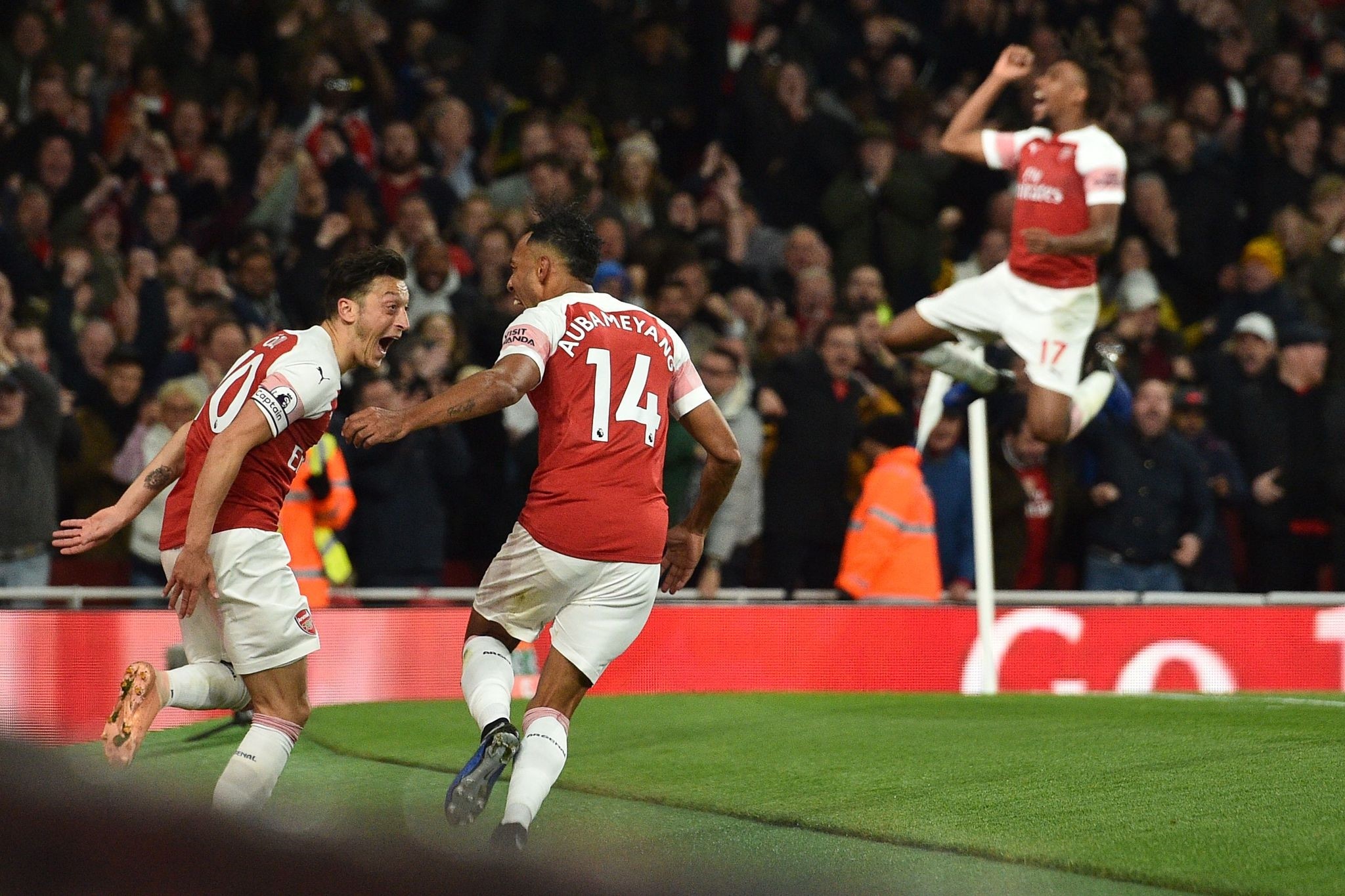 Mesut Özil stole the show as Arsenal swept to their 10th successive win with a dominant 3-1 victory against Leicester on Monday. Unai Emery's side trailed to Hector Bellerin's first-half own goal at the Emirates Stadium. But Özil, captaining Arsenal on his return to the side after back spasms, produced a majestic display to lead the Gunners' impressive fightback.

Özil, shrugging off his poor start to the season, equalized just before half-time and played a key role in Pierre Aubameyang's second-half double. Gabon striker Aubameyang scored twice in quick succession after coming off the bench, ensuring Arsenal won 10 consecutive matches in all competitions for the first time since 2007. They have scored 30 goals in a blistering streak and climb to fourth place in the Premier League, just two points behind leaders Manchester City. On the 69th birthday of Emery's predecessor Arsene Wenger, this was the kind of swashbuckling show that recalled Arsenal's glory days under the Frenchman.

Özil summed up the Arsenal mood, tweeting after the match: "I think we played some sexy football tonight. Proud captain of this team."

It was the perfect start to a hectic week that sees Arsenal travel to Portugal for a Europa League tie against Sporting Lisbon tomorrow before returning to domestic action at Crystal Palace on Sunday.

"We are happy because we are progressing. We need to play with organization but also we are beginning to play with heart," Emery said.

"Today the performance of the team, and also of Mesut, was very good."

Emery has made a remarkable impact since replacing Wenger in the close season. The Spanish manager's two-game losing streak at the start of his Arsenal reign is now a distant memory as Gunners fans start to dream of a title challenge after their seventh successive league win.