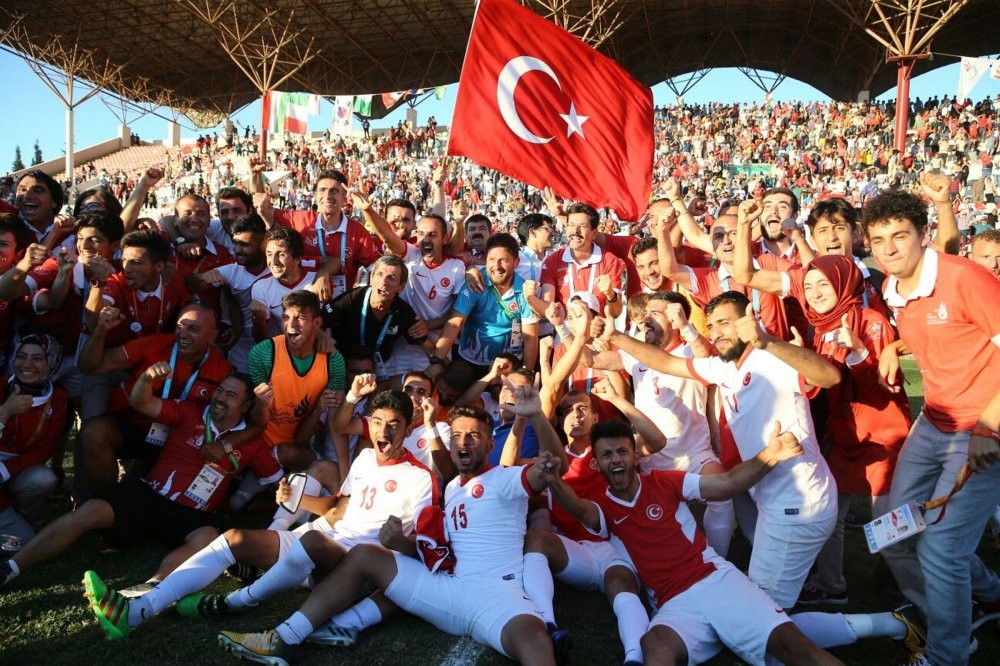 Turkey's football team featuring the nation's best deaf players has hit the peak in Europe. In the European Deaf Sports Organization (EDSO), the Turkish Deaf National Football Team tops the rankings. In the latest rankings, Turkey had 49,889 points followed by Ukraine with 42,499, Russia with 42,136, Germany with 42,029, and France with 36,402 points.

"We established a good system which brought us to the top spot in the ranking," Ali Metin, coach of the national team, told Anadolu Agency on Wednesday.

"The future for deaf football will be brighter," Metin said. Saying that they created a good platform for the next decade of Turkish deaf football, Metin added: "We continued with the system we established."

"It's hard to reach the top spot, but it's harder to stay there," he said.

"We're at the point where Turkey could be an elite country in international deaf football," he added.

Turkey as the host nation of the 2017 Summer Deaflympics competed in the event fielding 287 athletes. Turkey finished on 4th in the list of the Medal list during the Deaflympic event after winning 46 medals including 17 gold medals. This was also the instance, where Turkey went onto win most number of medals in a single Deaflympics event.

Turkey Men's Deaf national football team competed in the football event as the host nation. Turkey won all three matches they played against Saudi Arabia, Egypt and Venezuela in the Group stage. Turkey defeated Ukraine in the finals 4-3 to claim the gold medal for the first time in Deaflympic football.