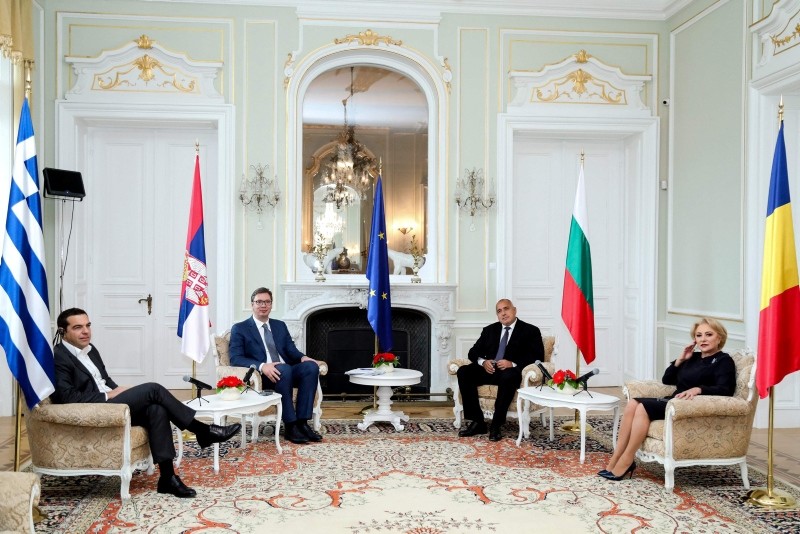 The leaders of four Balkan countries say they will make a joint bid to host the 2030 World Cup.

The prime ministers of Bulgaria, Greece and Romania and the president of Serbia say their countries will make an official bid to host the soccer event in stadiums across the four countries.

The idea was announced on the sidelines of a regional meeting in the Black Sea resort of Varna.

A Balkan country has never hosted the World Cup. Yugoslavia, which collapsed in 1991, hosted the four-country European Championships in 1976.

Tsipras said the four countries would discuss the possibility of becoming candidates for a major sporting event within 10 years.

"Just as Bulgaria and Italy hosted the world volleyball championship (in September), the four countries — Serbia, Greece, Romania and Bulgaria — (can) bid to host the world's (football) championship in 2030," Borissov said.

Although the 2030 contest is not officially open, South American soccer leaders are already promoting a three-way centenary bid by Argentina, Paraguay and Uruguay, which was the original World Cup host in 1930.

Also, English soccer officials have launched a feasibility study into bidding in partnership with Scotland, Wales, Northern Ireland and Ireland.

Morocco, which has made five unsuccessful bids to host the tournament including 2026, has also said it would try again for 2030. Algeria and Tunisia are considering joining Morocco in a joint North African bid.

The 2026 World Cup will be hosted jointly by the United States, Mexico and Canada.