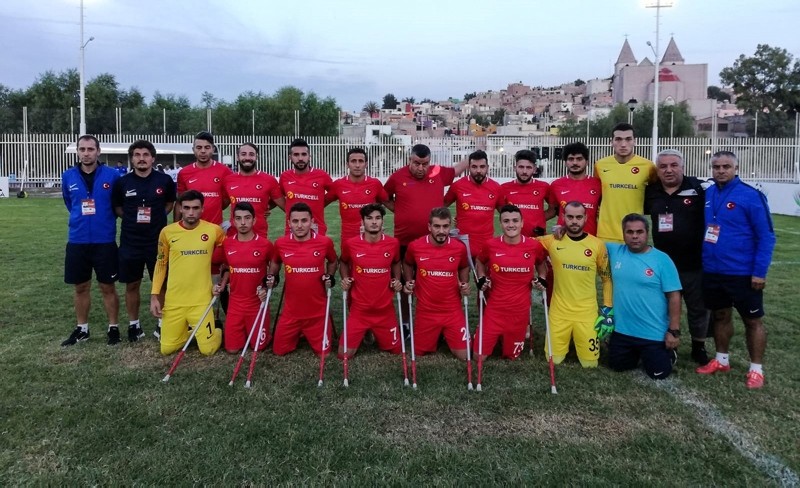 Rahmi Özcan, Savaş Kaya, Barış Telli and Serkan Dereli were the scorers for the Turkish side.

In the final match, Turkey will face Angola, which beat Brazil 2-1 in semi-final stage.

The crescent-stars previously won a 5-1 victory against Russia on Saturday in the quarter-final match.

They won all three matches in the F group and knocked Ireland out of the tournament in second round.

The victory in Oct. 2017 against England, which Turkey never managed to beat in football, was celebrated throughout the country.
Last Update: Nov 04, 2018 12:34 pm
RELATED TOPICS