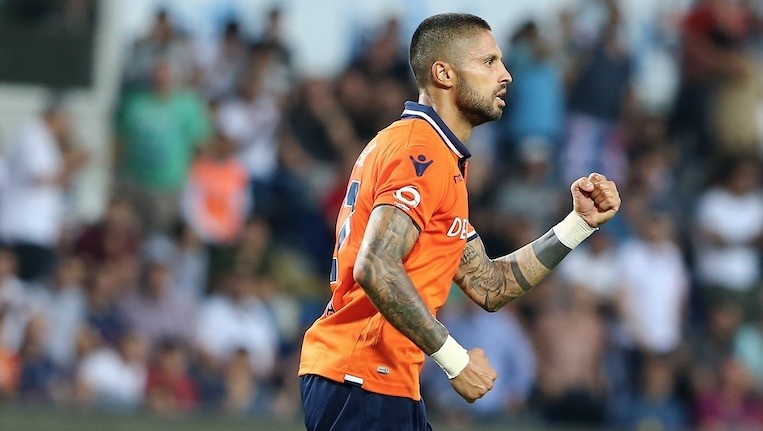 Istanbul powerhouse Medipol Başakşehir has clung to the top of the Turkish Super League after game week 12, while Beşiktaş and Fenerbahçe, two of Turkish football's big three, are languishing far behind

Istanbul's Medipol Başakşehir remained on top of the Turkish Super League after beating Çaykur Rizespor 2-1 on Saturday in week 12.

With the win, Başakşehir has 27 points. Reigning champion Galatasaray is second with 23 points, followed by Kasımpaşa with 22 points in the third place.

Galatasaray beat Kayserispor 3-0 in an away match while Fenerbahçe defeated Aytemiz Alanyaspor 2-0 at home in Istanbul this week.

Fenerbahçe was desperate for a win to stay close to the league's top half of the table. Currently, the Yellow Canaries are placed 13th with 13 points, some 14 adrift of the league leaders.

Meanwhile, Beşiktaş was defeated by Demir Grup Sivasspor 1-2 at home in Istanbul. The Black Eagles are seventh with 18 points.

Başakşehir, which has challenged the reign of so-called Big Three of Turkish football - Galatasaray, Beşiktaş and Fenerbahçe - in the past two seasons, made it to victory again in Saturday's game against Çaykur Rizespor thanks to set pieces. Dead ball situations have already helped the team score five more goals this season. Manuel da Costa's 52nd-minute header and Bajic's 64th-minute goal secured the win for the Istanbul club.

Beşiktaş yearns for the good old days after it quickly exhausted its chances to reach to the top last season after two seasons as champions of Super League. Fresh off a 1-1 draw to Belgium's Genk in its latest international game last Thursday, the Black Eagles doubled the losses with the Sivasspor defeat.

Coach Şenol Güneş tried every shot at victory, changing the lineup in almost every game but team's tactics are still over-dependent on assists from Portuguese star Ricardo Quaresma. In the past eight games, Beşiktaş emerged victorious in only one despite boasting scorers like Ljacic, Oğuzhan Özyakup, Ryan Babel, Vagner Love, Mustafa Pektemek and Cyle Larin, who all proved to be underachievers this season so far.

Fenerbahçe, which replaced its Dutch coach Phillip Cocu with his aide and compatriot Erwin Koeman, managed to see some semblance of a return to better times. Under Koeman, the Yellow Canaries have secured two wins and a draw, the best streak of the season. French midfielder Mathieu Valbuena, who was brought back by Koeman after Cocu discarded him for a long time, is being credited with Fenerbahçe's recent success.

Kasımpaşa, trailing behind Galatasaray in the league, also became the most scoring team of the season with 26 goals.

The 27-year-old striker, who joined Kasımpaşa last season, made the starting eleven in 15 out of 17 matches. With a 22nd minute goal in a 2-1 win against Bursaspor on Sunday, Diagne cemented his place as top scorer.

"I don't want to score less than 20 goals this season," Diagne had told Demirören News Agency in an interview before the start of this season.