Italy aim to give Portugal a hard time in Nations League 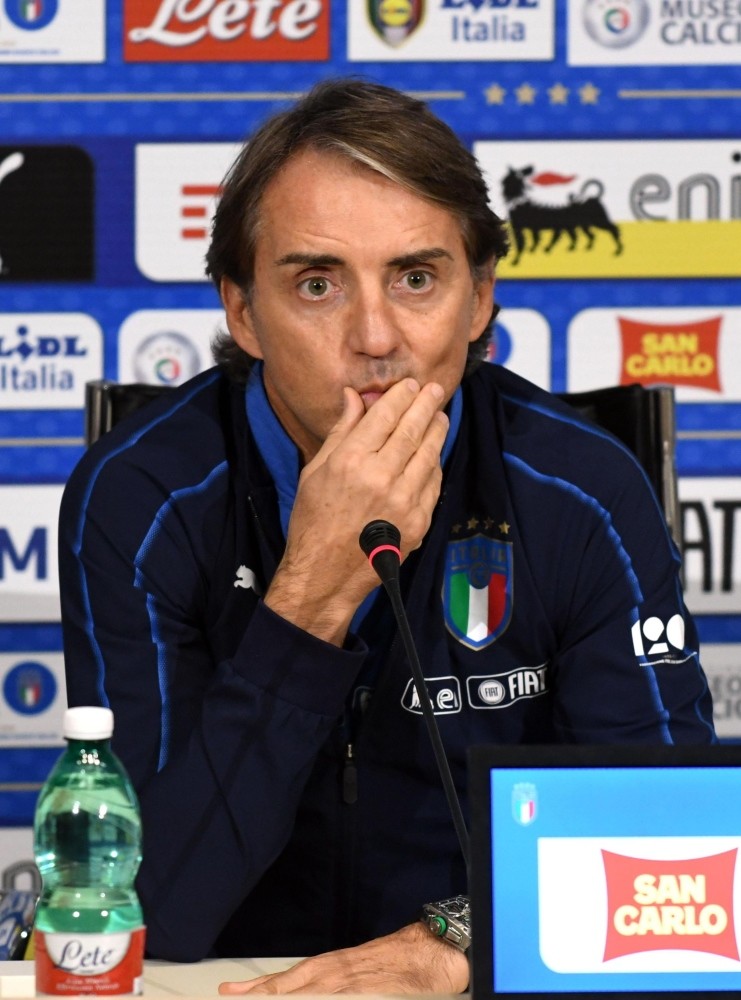 Having nothing to lose could be Italy's strong point when they welcome Portugal Saturday in Milan, looking to clinch at least a temporary top spot in Group A3 of the Nations League.

Finishing first to access the tournament's four-team finals in June is unlikely for the Azzurri as they sit two points behind the European champions, who lead on six points and can secure top spot with a draw in Milan, beside having one more game to play at home to relegated Poland.

The four-time world champions, however, are certain to remain in League A after beating Poland 1-0 last month and this week displayed a bright mood at the Coverciano camp outside Florence.

"We want to continue on the path we began against Ukraine [drawing 1-1 in an October friendly] and Poland, looking to improve mostly on our finishing," coach Roberto Mancini said as an almost full house is expected at the 80,000-seat Giuseppe Meazza.

Playing in Milan seems a way to exorcise the ghosts from last November when a 0-0 draw with Sweden there saw Italy fail to enter the World Cup finals for the first time in 60 years.

The appointment of Mancini in May was a crucial step in a reorganization that continued in October with the election of Gabriele Gravina, a long-time football official, as president of the domestic federation FIGC, following an interim administration. Despite the effective tactics displayed in recent outings, weakness up front remains an issue, with a negative 7-8 goal difference from the seven games under Mancini, two wins, three draws, two defeats. "You don't need physique but good feet," Napoli's diminutive winger Lorenzo Insigne said. "And here we have many small guys with good feet. We created a lot in the last two games, but we miss ruthlessness before the goal, including myself." Insigne, who has scored seven goals in 12 Serie A games, should play next to youngster Federico Chiesa, but Mancini has lost the versatile Federico Bernardeschi to injury and could consider the powerful Ciro Immobile, on eight league goals for Lazio, as third attacker.

Mancini called up another striker, Vincenzo Grifo from German side Hoffenheim, and two more newcomers in midfield, Stefano Sensi and Sandro Tonali, who join Insigne in the Azzurri's small-guy division. Both Sassuolo's Sensi and Tonali, an 18-year-old talent with lower-division Brescia, vie for the playmaker role now filled by Marco Verratti of Paris Saint-Germain.

Captain Giorgio Chellini is set to play his 100th game with La Nazionale, manning the defense next to Juventus teammate Leonardo Bonucci as AC Milan youngster Gianluigi Donnarumma should be confirmed between the sticks.

Italy then play a friendly against the United States Tuesday in Genk, Belgium, where the European ruling body UEFA is to test for the first time VAR (video assistant referee) technology.