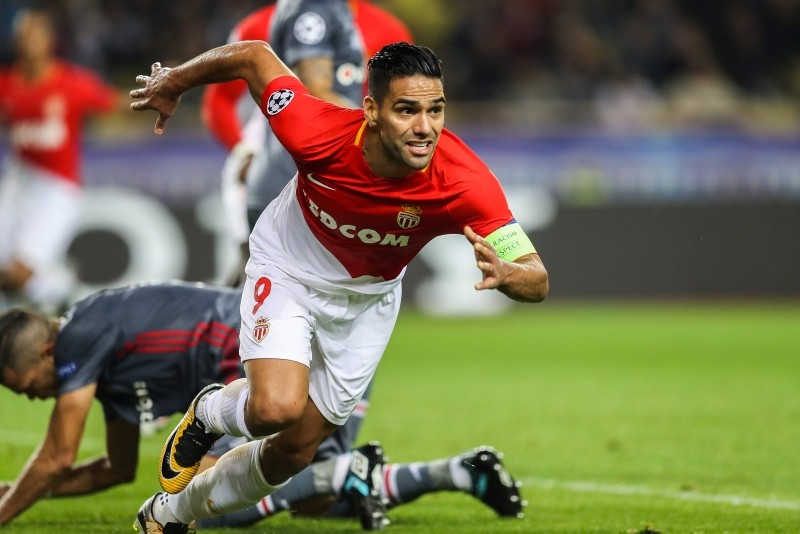 Ahead of January's mid-season break, Turkish Super League clubs have started to scout for new transfers. The latest out of the rumor mill suggests Galatasaray's Ozan Kabak is seeing a lot of interest from Italy, a move to Turkey for Monaco's Falcao and Beşiktaş setting sights on West Ham striker Hernandez

Transfer rumors are circulating as Super League teams approach the mid-season break set to start in January. After former underdogs and minnows ended the undisputed reign of the so-called "Big Three" - Beşiktaş, Galatasaray and Fenerbahçe - this season, the Istanbul sides will be looking for a way out of their poor performances and aim for a mid-season revival.

Galatasaray, the only team among the three which managed to find a spot in the top three of the Super League, is eyeing Monaco's Radamel Falcao. It is also looking to sell its 18-year-old center back Ozan Kabak to Serie A, according to unconfirmed transfer reports.

Kabak, who won a permanent place in the top 11 under Fatih Terim, is reportedly sought after by Inter, which, like Galatasaray, is clinging to the third place in the Italian league.

Italy's La Gazzetta dello Sport reports that the Italian giants have set its sights on younger talents and they are also interested in Sampdoria's Joachim Andersen, Brescia's Sandro Tonali and Manuel Lazzari of S.P.A.L.

Meanwhile, the Lions are interested in Monaco's Colombian striker Radamel Falcao, Fatih İlek, a Turkish agent told Turkish radio station Radyospor. He said that Falcao may come to the Super League this season, adding that some clubs have expressed interest in the 32-year-old player.

He added that Beşiktaş had talks with Monaco for the past couple of seasons for Falcao and Galatasaray officials studied transfer conditions this summer. "I know that Fatih Terim wants him. Falcao is on the top of the list of planned transfers for Terim," İlek said.

Falcao last played in Manchester United and Chelsea on loan and his contract with Monaco ends in June 2020.

Beşiktaş, which is clinging to the seventh place in the Super League, is reportedly warming to the idea of parting ways with Pepe, their Portuguese center back who joined last year from Real Madrid.

The Turkish language daily, Sabah, reported that the Black Eagles rejected a bid for Pepe form Premier League club Southampton. But the English club is eager to try its luck again in the next transfer window. Pepe's contract with Beşiktaş expires in June 2019 but his application to the Turkish Football Federation over unpaid fees may speed up the transfer process.

Already in a financial bottleneck, Beşiktaş can resort to revenues it will reap from Pepe's transfer. Pepe, who was hailed for his top-flight performance when he first arrived in Beşiktaş, scored only three goals in 10 matches this season.

The Black Eagles are also interested in West Ham striker Javier Hernandez, unconfirmed media reports said. A Beşiktaş official reportedly traveled to London to hold talks as the team looks to add an efficient striker to its lineup before the resumption of the season.

The club reportedly held talks with Hernandez's agent for a possible move to Istanbul in January, on loan from West Ham. The Mexican player, who is also known as Chicharito, was a flop for the east London-based outfit, finding little playing time. He scored just two goals, one in the Premier League and another in the Carabao Cup, this season. In total, he has scored just 10 goals in 43 games since he joined West Ham from Bayer Leverkusen in 2017. ESPN reported that Beşiktaş would want him on a loan deal by the end of this season with an option to buy included in the contract.

Meanwhile, Fenerbahçe, which is languishing in 13th place in the Super League this season, is pursuing Chelsea's Cesc Fabregas of, reports claimed.

The Spanish midfielder was already targeted by Galatasaray according to unconfirmed reports but Turkish media says that the Yellow Canaries took a more concrete step and the team's football director Damien Comolli has already engaged in talks with Fabregas's agent.