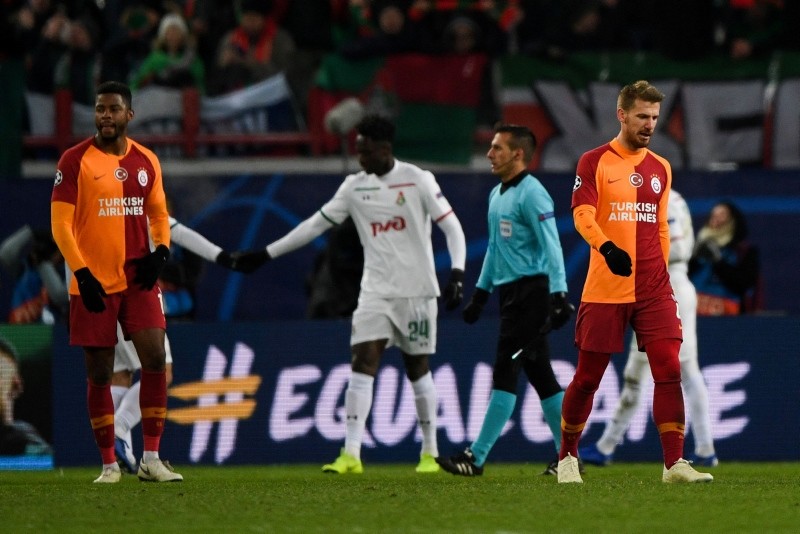 The Russian champion picked up its first points of the campaign thanks to Grzegorz Krychowiak's deflected shot just before halftime — ruled officially as a Ryan Donk own-goal — and a neat flick over the goalkeeper by Vladislav Ignatyev in the 54th minute. The result ensured Schalke and Porto would qualify even before they played later Wednesday.

Lokomotiv can't qualify in the final round of games, but could overtake Galatasaray for third place in Group D and a spot in the Europa League. That would require Lokomotiv to win away to Schalke on Dec. 11 and for Galatasaray not to beat Porto.

For Galatasaray, the defeat brings a disappointing early end to a campaign which began with a win over Lokomotiv in Turkey.

Turkey's reigning champion dominated possession but was denied by good saves from Lokomotiv goalkeeper Guilherme and some near-misses, such as when Eren Derdiyok blasted a shot narrowly wide.