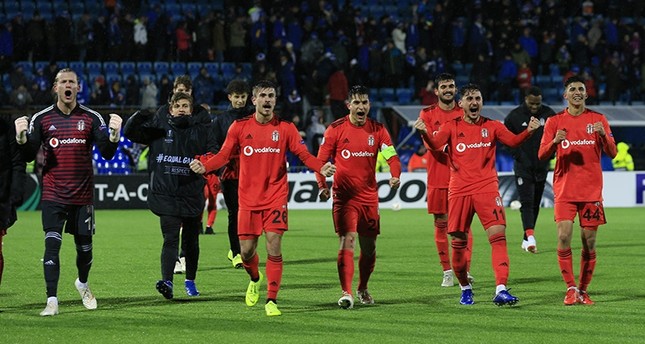 Falling behind 2-0 first, the Black Eagles achieved a spectacular comeback and earned the crucial three points.

Sarpsborg scored early in the Group I match with a goal by Rashad Muhammed in the first minute and Tobias Heintz doubled their lead in the sixth minute.

Following the two goals, the Black Eagles pressured the Norwegian side and had relatively more possession, but Sarpsborg created better chances in the first half of the match.

In the second half, Beşiktaş came back from a 2-0 deficit as Jeremain Lens scored in the 62nd and 90th minute and Vagner Love scored in the 66th minute.

In the first match, Beşiktaş beat Sarpsborg 3-1 in Istanbul.

Beşiktaş finished fourth in Turkey last season while Sarpsborg were third in Norway.

The first two teams each from 12 groups will reach the last-32 round of the Europa League, and the final will be held at Baku Olympic Stadium in Azerbaijan on May 29.

In the other group match, Malmo drew Genk 2-2.