Joy for Beşiktaş, relief for Fenerbahçe in Europa League 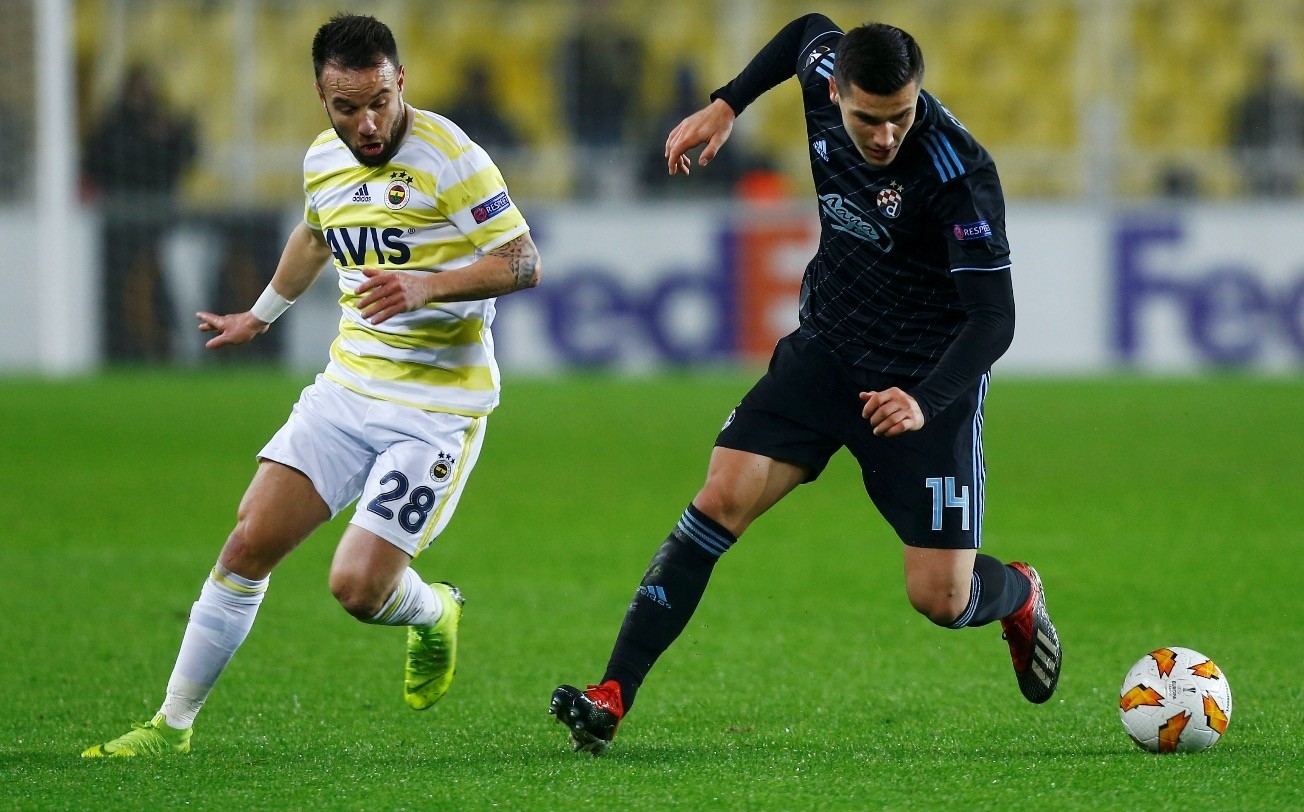 Turkish teams Beşiktaş and Fenerbahçe cemented their place in the UEFA Europa League despite poor showings in the domestic league by beating Sarpsborg and drawing with Dinamo Zagreb, respectively, while the other Turkish club in the tournament, Akhisarspor, lost to Krasnodar

Struggling in the Turkish Super League, Beşiktaş and Fenerbahçe proved their mettle in the UEFA Europa League in Thursday's fifth week games. With a 3-2 win against Norway's Sarpsborg, Beşiktaş's Black Eagles managed to make it to its last match in the tournament while Fenerbahçe secured second spot in its group with a 0-0 draw against Dinamo Zagreb, effortlessly making it to next round.

Sarpsborg scored early in the Group I match it hosted with a goal by Rashad Muhammed in the first minute and Tobias Heintz doubled their lead in the sixth minute.

Following the two goals, the Black Eagles pressured the Norwegian side and had relatively more possession, but Sarpsborg created better chances in the first half of the match. In the second half, Beşiktaş came back from a 2-0 deficit as Jeremain Lens scored in the 62nd and 90th minute and Vagner Love scored in the 66th minute. In the first match, Beşiktaş beat Sarpsborg 3-1 in Istanbul.

Beşiktaş finished fourth in Turkey last season while Sarpsborg were third in Norway.

The first two teams each from 12 groups will reach the last-32 round of the Europa League, and the final will be held at Baku Olympic Stadium in Azerbaijan on May 29.

After a period of success that brought it the top title, the fall of Beşiktaş started last season when it finished the Super League fourth. After a season's absence, the Eagles made it to the Europa League this year. They have progressed from their group three times out of four in the UEFA Europa League, though the one failure came on their most recent appearance in 2015-16. They reached the quarterfinals of the competition the following season after switching over from the UEFA Champions League mid-campaign.

Fenerbahçe, which hosted Croatia's Dinamo Zagreb, ended the match goalless and both teams qualified for the last 32 round in Europa League.

Following the result, Dinamo Zagreb finished the group at the top while Fenerbahçe is in second place. In their first match in Zagreb, Fenerbahçe was defeated 4-1.

Fenerbahçe finished runners-up in the Turkish league and cup last season, with Galatasaray edging them out in the Super League and unheralded Akhisar shocking them with a 3-2 cup final win.

One of the leading Istanbul-based clubs, Fener currently sits 15th in the Super League with 13 points, a standing credited with poor finances and the failure of Dutch coach Philip Cocu, who was relieved of his duties last month.

The Yellow Canaries opened their 2018-19 European campaign with a UEFA Champions League third qualifying round defeat by Benfica (0-1 away, 1-1 home), which sent them directly into the UEFA Europa League group stage.

The most disappointing result for Turkey was in Group J match of Akhisarspor against Russia's Krasnodar. Krasnodar beat Akhisar 2-1 in a home game.