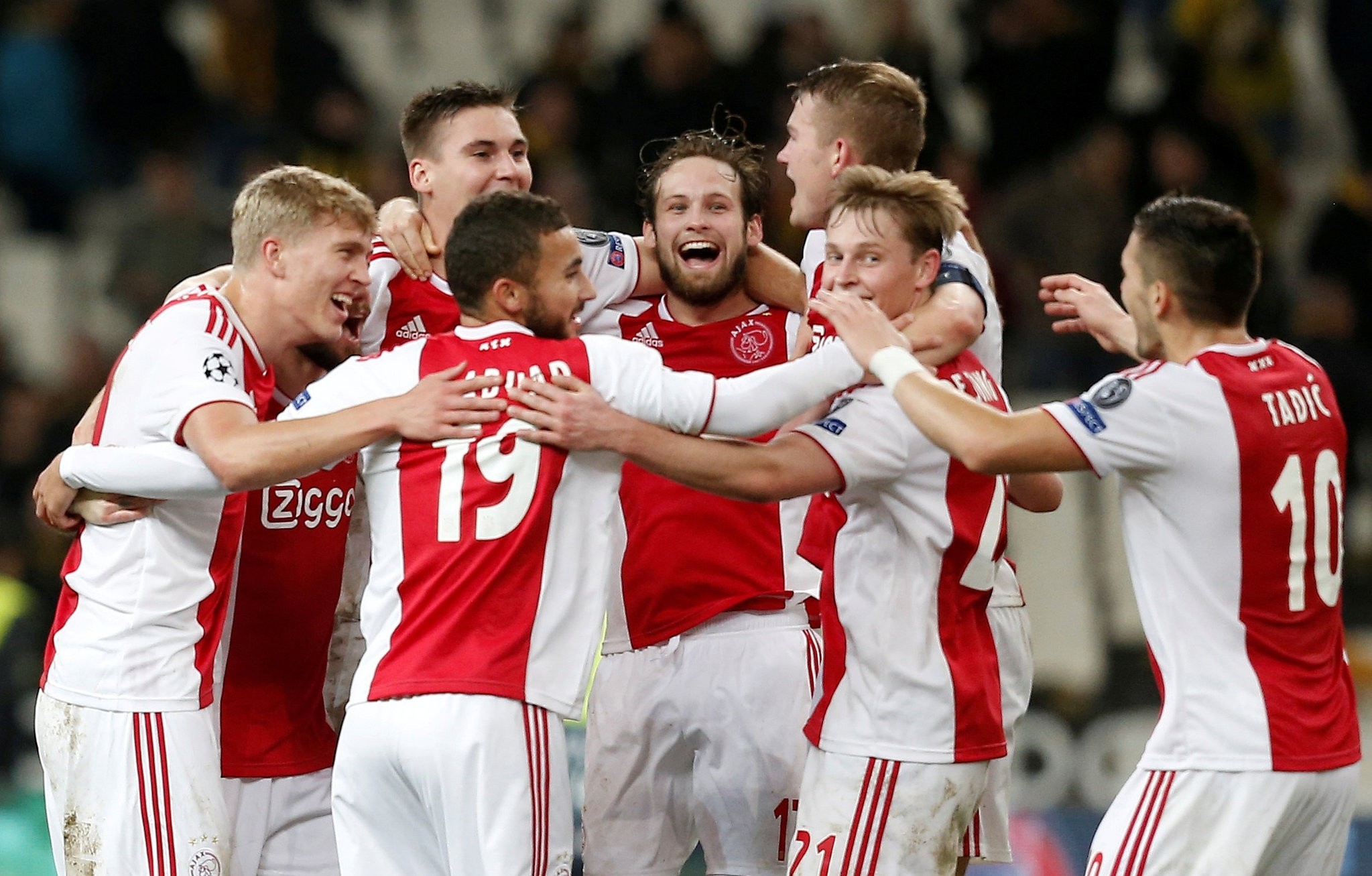 As Ajax Amsterdam prepare to host Bayern Munich next week to decide top place in their Champions League group in a major turnaround in their recent fortunes, their latest crop of players is being described as their best yet. But any suggestion this might herald a new dynasty, to match the three-time European Cup winners of the 1970s or the team of Edgar Davids, Patrick Kluivert and Clarence Seedorf that won the Champions League in the mid-90s, is dulled by economic reality.

The Dutch club are an incubator of top talent rather than a trophy-winning juggernaut for the moment at least.

Ajax are sitting on a fortune as an exciting new generation of players attract attention from across Europe by proving their worth in the Champions League. The likes of Frenkie de Jong, Matthijs de Ligt, Noussair Mazraoui and Donny van de Beek all feature prominently on the shopping lists of Europe's elite clubs.

Ajax came through the Champions League preliminary rounds and are 11 games unbeaten in the competition this season. If they beat Bayern on Wednesday they will top Group E in a marked turnaround from the last two campaigns where they failed to get through the preliminaries into the group stage.

Midfielder De Jong, 21, has a value 60 million euros ($68.26 million) according to local media and has been repeatedly linked with the likes of Barcelona and Manchester City. Teenage defender De Ligt is set to move to one of Barcelona, Bayern or Juventus reports regularly claim. Ajax could make well over 100 million euros if Kasper Dolberg, David Neres, goalkeeper Andre Onana, Nicolas Tagliafico and Hakim Ziyech also depart.

"It will be impossible to keep this team together in the summer," director Marc Overmars recently told reporters.

Before the season started Ajax put up a 'not for sale' sign over their young squad, hoping they might end a run of four years without a trophy. They were last Dutch champions in 2014.

The club made fun of the speculation surrounding their players in a short filmed skit on Twitter in which Overmars takes his mobile phone out of a draw as the transfer window ends and sees a long list of missed calls from Europe's big clubs. But that will all change in June as Ajax look to profit and then reinvest in new talent.

"Our ambition is to regularly get through to the quarter-finals of the Champions League," said general manager and their former Netherlands goalkeeper Edwin van de Sar. "But to do that we need a bigger budget. Financially we are looking good, we sell out our stadium, we have a worldwide profile and a rock-hard philosophy about the game. "We are known for our good development and producing top talent. We have a good name and I have confidence and we will one day be able to make the jump up to the European elite."