Galatasaray advances to UEFA Europa League round of 32 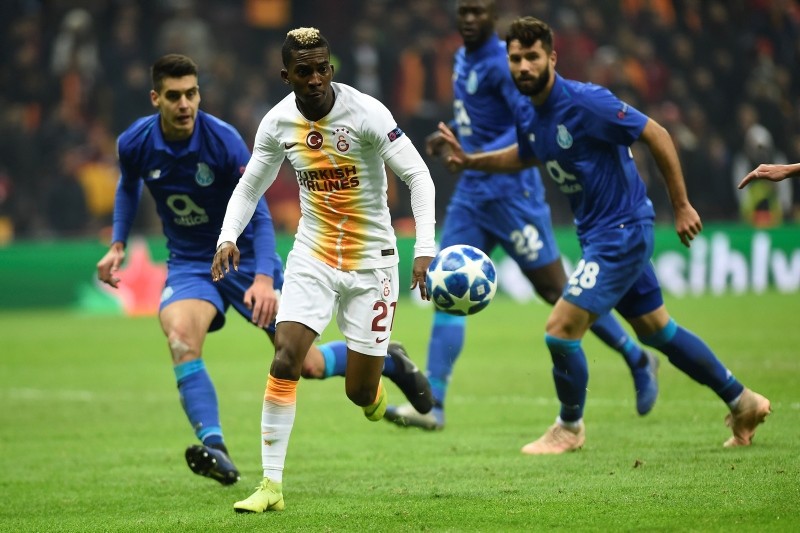 Istanbul's Galatasaray advanced to the UEFA Europa League round of 32 despite losing against Portugal's Porto 2-3 on Tuesday at the UEFA Champions League.

Following the match at Galatasaray's Türk Telekom Stadium in Istanbul, the Turkish side finished the group matches in third place and qualified for the Europa League round of 32.

Porto scored with Felipe in the 17th minute, Marega in the 42nd minute from a penalty shot and Sergio Oliveira in the 57th minute.

Galatasaray scored a goal with Sofiane Feghouli in the 45th minute from a penalty shot and another with Eren Derdiyok in the 65th minute. Feghouli hit the crossbar from another penalty spot in the 67th minute but missed the chance to draw.

To date, the UEFA Champions League Cup has proved elusive for Turkish clubs, with the 'Lions' being the only Turkish club to have won the 1999-2000 UEFA Cup and the 2000 UEFA Super Cup.

Porto finished at the top of the group with 16 points followed by Schalke with 11 points, Galatasaray with 4 points and Lokomotiv Moscow with 3 points.

Galatasaray had already lost its chance to advance to the last 16 round in UEFA Champions League before its last match against Porto.

Porto and Schalke advanced to the last 16 of UEFA Champions League.