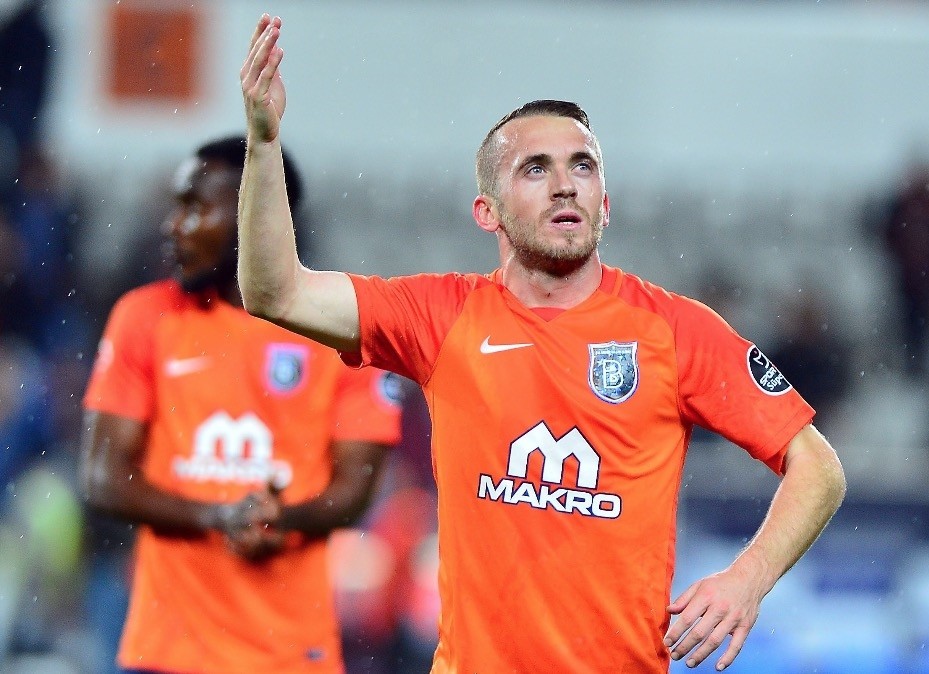 Visca scored Bau015faku015fehiru2019s only goal against MKE Ankaragu00fccu00fc on Monday but he dominates the list of most scoring players of the outfit with five goals.
by Yusuf Ziya Durmuş Dec 12, 2018 12:00 am

A late arrival to the top-tier Super League, Medipol Başakşehir succeeded in securing the top spot ahead of the mid-season break, the third time it has done so in the last three years

Established just four years ago, Medipol Başakşehir may be the least known of Istanbul teams, but that has not stopped it from leading the Super League once again ahead of the mid-season break. A 1-0 win against MKE Ankaragücü on Monday night made sure Başakşehir leads the points table in the first half in Super League season for a third consecutive year.

After game week 15, the team has 33 points, seven ahead of its closest rival Kasımpaşa. The seven-point lead is the highest any Super League winners of the past five years have had before the winter break.

The away match in Ankara on Monday also marked the 10th victory and eighth clean sheet for the club this season. Winning the title at the end of the season next summer is not impossible for Başakşehir if it keeps its current momentum, football pundits point out.

Save for Kasımpaşa and Antalyaspor, both seven points behind Başakşehir, the Istanbul-based club maintains an 8-point gap with other rivals, including powerhouses Beşiktaş, Galatasaray and Trabzonspor and rising underdog Yeni Malatyaspor.

This is easily the second best period in the Super League for the team since its establishment in 2014 when it wrapped up its first stint in the domestic league in fourth place. It boosted its standing in the 2016-17 season when it placed second and closed last season in the third place. This season is expected to be a clash of two new Istanbul powerhouses with Kasımpaşa, although older than Başakşehir, fighting for the title against the orange-and-blue outfit.

Başakşehir has enjoyed an abundance of goals this season, scoring 18 goals in 10 matches and conceding only two.

Speaking in the post-match press conference Monday, Başakşehir coach Abdullah Avcı said though they concluded the first half as leaders there were still 19 weeks to go, which can be "a difficult process."

Başakşehir's Bosnian midfielder Edin Visca, who joined the club eight seasons ago when it was competing under another name, is the undisputed star of the team with his steadily improving performance.

Visca scored the team's only goal against MKE Ankaragücü on Monday but he dominates the list of most scoring players of the outfit with five goals and seven assists this season. The 28-year-old player is among the regular faces of Abdullah Avcı's starting 11. He is also one of Super League's top players with second most assists after Beşiktaş's Quaresma.

Visca, who started out in Istanbul Büyükşehir Belediyespor in 2011, shone especially after the team changed its name to Medipol Başakşehir in 2014.

In the first season with Başakşehir, Visca scored eight goals and next season, he increased that number to 17. He also increased his market value from 3 million euros to 10 million euros in the four years and currently is the eighth most valuable player in the Super League.