Dembele rising from Barca gloom ahead of Levante trip 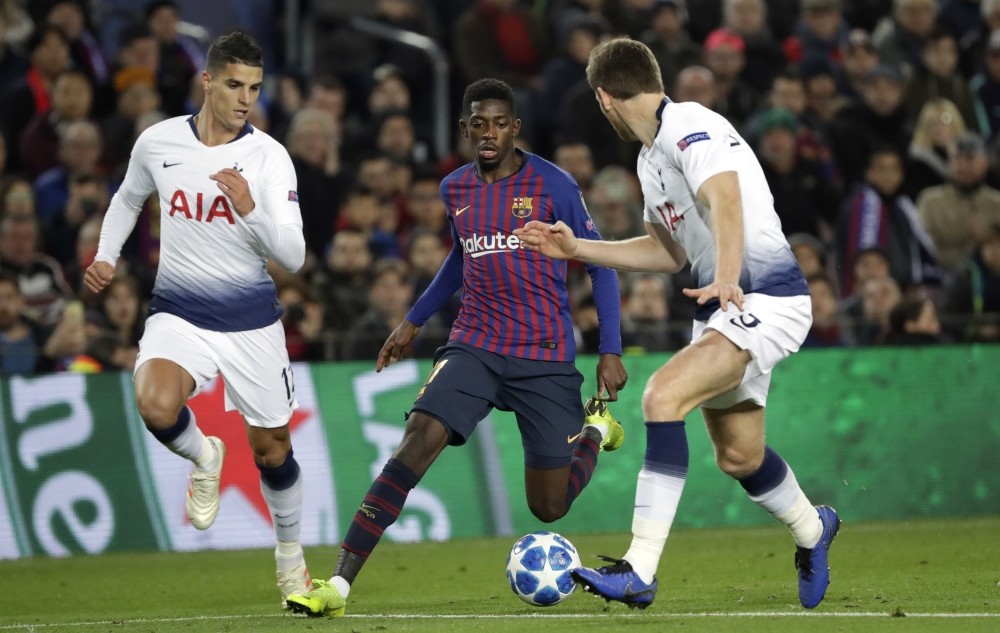 Ousmane Dembele (above) has made headlines for good and bad reasons all season, but ahead of its trip to Levante on Sunday, La Liga leaders Barcelona have been reckoning with the need to accept the Frenchman's indiscipline in exchange for his talents.

On Sunday Dembele turned up two hours late for training in the latest controversy he has been involved in, but by Tuesday night he was the hero, scoring a brilliant individual goal in a 1-1 Champions League draw with Tottenham.

After a shaky, injury-hit first season with the club following his 147-million-euro move from Borussia Dortmund in August 2017, Dembele has finally started to establish himself on the pitch.

The forward has nine goals in all competitions and, Lionel Messi aside has been Barcelona's most creative and dangerous player, winning his team the Spanish Super Cup in August against Sevilla and equalizing in the 1-1 league draw with Atletico Madrid in November.

However, off the pitch, the forward is still creating negative ripples because of indiscipline, which even his team-mates admit is an issue.

At 21, Dembele is still young and is a talent worth persevering with, and Ernesto Valverde is expected to pick him again as Barca looks to defend its position at the top of the table at sixth-place Levante.

"We have to look after Dembele," said midfielder Carles Alena. "He apologized in front of the whole team and he knows he made a mistake. He won't arrive late anymore. He's committed some errors but he knows that and he's going to correct them. We can't kill him for it. The important thing is how much he's giving us on the pitch. And when he improves those small things, he'll give us more. It was nice to see the reception he got from the fans when he went off [against Tottenham]. We appreciate that he got the support he needed from the supporters and we are with him until the end," Alena said.

Last season Barcelona slipped up against Levante in the penultimate game of the season, losing 5-4 in what was their first defeat of the campaign.

Dembele was disappointing that day and withdrawn after an hour as the champions trailed 5-2, but the Frenchman is in far better form this time around.