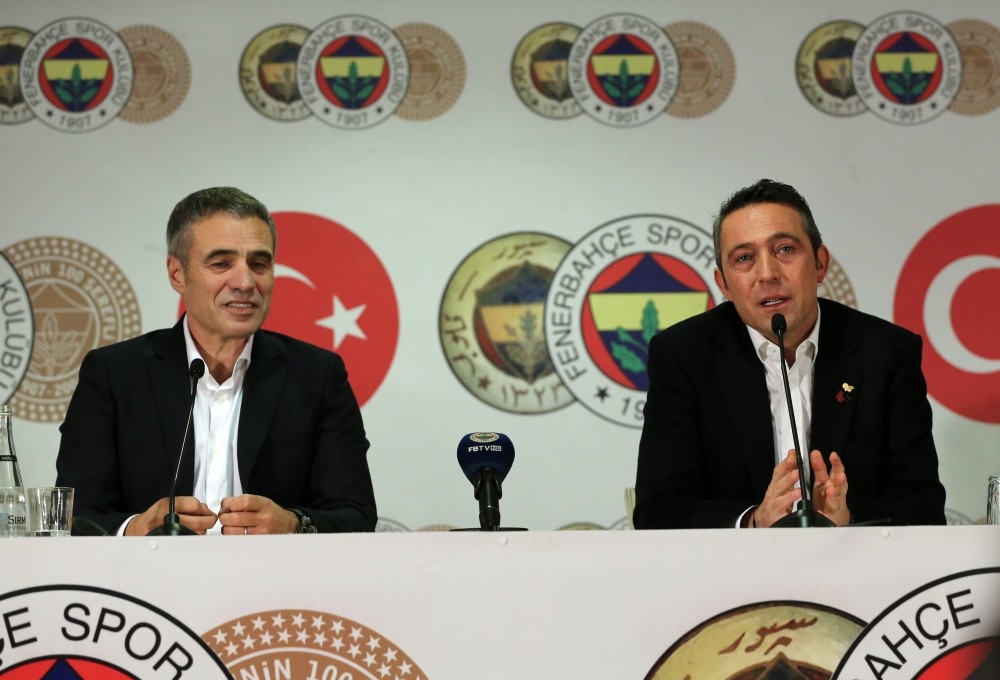 Fenerbahçe looks to recover with Ersun Yanal taking the helm. Club Chairman Ali Koç said in a joint press conference yesterday that the team could even skip European contests to focus on success at home

Former Turkish Super League heavyweight, Fenerbahçe looks to return to its glory days under new coach Ersun Yanal. Yanal, who carried the Yellow Canaries to a league title in the 2013-14 season, joined club chairman Ali Koç at a press conference in Istanbul yesterday where he officially signed with the team.

Koç, who was elected club president last summer, said they were determined to recover and might even skip UEFA competitions this year to build a good team with the prospect of reaching to the top of the local league.

He has, however, every reason to be cautiously optimistic as Fenerbahçe is going through one of its worst seasons, clinging to the 17th spot in the relegation zone as of week 16.

For the first time in club history, Fenerbahçe secured less than five wins in the first half of the season. "We are in an undesirable place in the league," Koç said told the press conference that came a day after a 2-2 draw with Erzurumspor.

"We knew that change would take time but we did not expect it to be painful," Koç, who promised success after he ended the decades-old reign of Aziz Yıldırım in the last election. "We are sorry. The outlook is gloomy as the weather today but tomorrow will be a sunny day," Koç said. He added that they relied on new transfers and Yanal for wins in the second half.

Speaking on UEFA Financial Fair Play rules which restricts transfers for financially troubled clubs and bars them from competing in European tournaments, Koç said they will focus on creating the "right team" instead of "going to Europe, if necessary."

For his part, Ersun Yanal said Fenerbahçe was the driving force of Turkish football. "We will have the fourth star," Yanal said, in reference to the stars on team jerseys each symbolizing five Turkish league titles. Fenerbahçe currently has 19 titles.

Yanal pledged a place at the top in the second half, adding that they needed time. "We will adapt to the circumstances at each game. You will see a Fenerbahçe with very different gameplay in the second half of the season," he said.

Ersun Yanal replaces Dutch caretaker coach Erwin Koeman, who took over after his fellow countrymen Phillip Cocu was sacked earlier this season following a disastrous run. The 56-year-old coach, who started his career in low-tier teams in the 1990s, peaked when he joined Fenerbahçe in 2013. His one-year tenure with the Yellow Canaries ended with the Super League title.