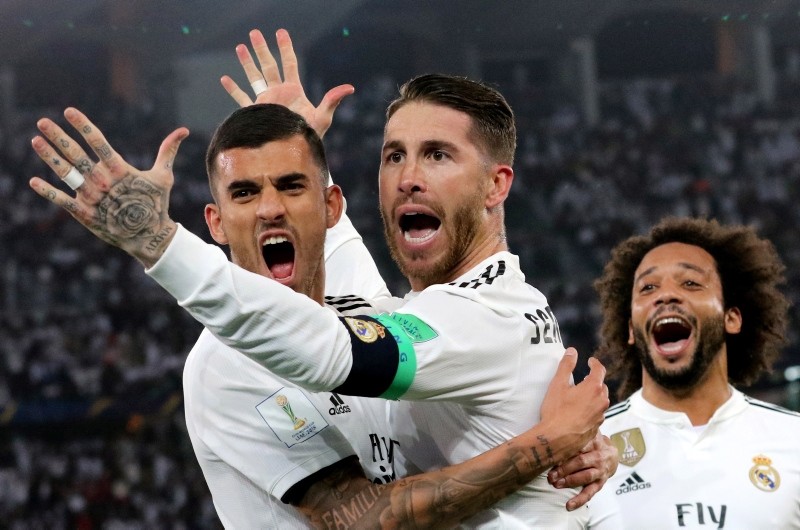 The European champions have struggled at times this season but had little trouble in brushing aside Al Ain, whose surprise run to the final included a comeback from 3-0 down against Team Wellington and a shock last-four win over River Plate.

The Spanish giants have now won a record four Club World Cup titles, pulling one clear of arch rivals Barcelona, who were in La Liga action on Saturday.

Recently crowned Ballon d'Or winner Modric took one touch before thumping the ball into the bottom corner from outside the box to break the deadlock in the 14th minute after Al Ain had missed two early chances to take a shock lead.

Madrid's home-grown midfielder Marcos Llorente doubled the European champions lead on the hour-mark with a superbly struck volley from outside the area.

Real captain Sergio Ramos grabbed his side's third goal with a powerful header from a corner before Al Ain, who shocked South American champions River Plate in the semi-finals, got a late consolation goal through Japanese defender Tsukasa Shiotani.

Madrid substitute Vinicius Jr. burst through in stoppage an fired in a shot which defender Yahia Nader diverted into his own net.

"I am very happy with the goal I scored today, my first for Madrid, my first at this level, and what better place for it to come than a final," said Llorente.

"We could have scored a lot more goals but we won the game and have the trophy in our hands."

Real have won the last three editions of the tournament, also lifting the trophy in 2014, and moved ahead of Barcelona as the team to have won it the most times.