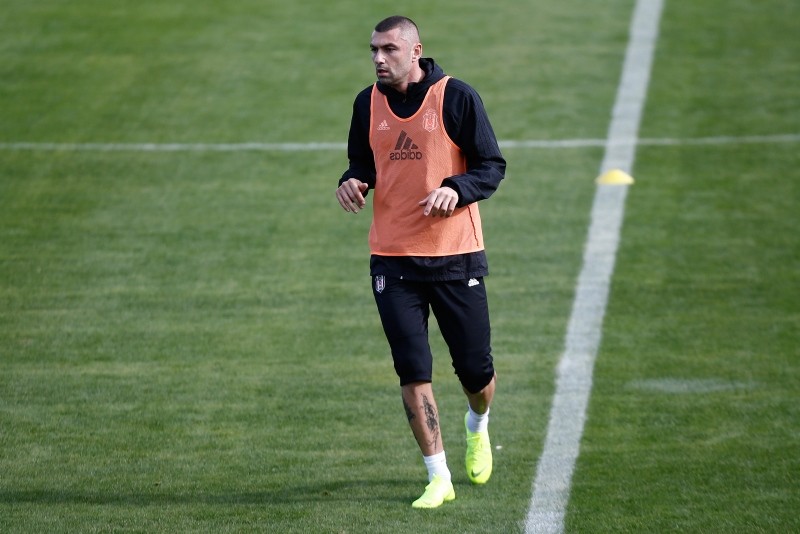 Yılmaz's transfer was confirmed Friday. The move means he will make a return for the Black Eagles after almost 11 years. The veteran striker had played for Beşiktaş between 2006 and 2008. In a tweet early Friday, Yılmaz said he is thankful to manager Şenol Güneş and Beşiktaş officials for making the deal happen.

"I acknowledge respectfully the praise and criticism I have received from Beşiktaş fans. I want all the fans to know that the second I put on the Beşiktaş jersey, I will perform at the highest level for the club," he said.

During his time with Beşiktaş, Burak Yılmaz scored only six times in 49 matches. He has also been under constant criticism and pressure due to his performances on and off the pitch in recent seasons.

Trabzonspor left him out of their squad this season before sending the striker to the Istanbul club. Yılmaz has scored 23 goals in 52 matches for the Turkish national football team.

He is also scored the most number of goals in the Turkish Super League since the 2014-2015 season, with a total of 53 in 75 games. He has played for Turkey's all four top clubs, Galatasaray, Fenerbahçe, Beşiktaş and Trabzonspor.

Beşiktaş will pay Trabzonspor TL 8.4 million ($1.5 million) for Yılmaz, who has signed a contract that expires next year.

The 33-year-old joined the Eagles' training session in the southern city of Antalya soon after the announcement. Güneş and his new teammates gave Yılmaz a warm welcome.

Meanwhile, Demir Grup Sivasspor's Brazilian star Robinho put an end to rumors that he failed to agree on a transfer to Medipol Başakşehir.

"I am coming to make dreams come true," Robinho wrote on his Instagram account as he shared a video of Istanbul accompanied with an owl, the symbol of the league leaders, and the hashtag #RoadToIstanbul.

Mustafa Saral, deputy chair of Başakşehir, told Anadolu Agency (AA) that the player was scheduled to be in Istanbul on Saturday. Last week, club president Göksel Gümüşdağ announced that they have reached an agreement with Sivasspor for the transfer but media outlets reported that the player himself could not complete the agreement.

Robinho, who scored eight goals for Sivasspor in the first half of this season, is enjoying a comeback in the Turkish league after a decline in his once illustrious career, marked with stints at Real Madrid, Manchester City and AC Milan.