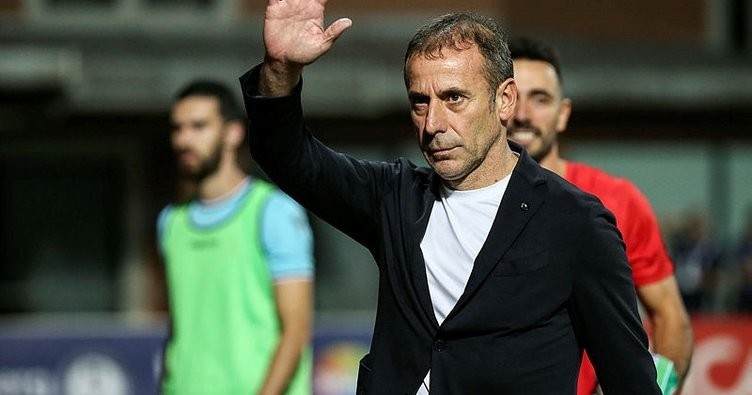 Conquering the Super League with skillful gameplay, coupled with the falling performances of the traditional heavyweights, current league leader Medipol Başakşehir has set its sights on the league title as well as the Ziraat Turkish Cup. Coach Abdullah Avcı says the club has moved from ‘toddling' to ‘running' to the top

Medipol Başakşehir, the Istanbul-based outfit that has long been an underdog in Turkish football, has dominated the Super League so far this season. The team closed the first half of the season on top with 35 points. Speaking to Demirören News Agency, coach Abdullah Avcı says they want to win a historic double by clinching the Ziraat Turkish Cup.

The club, formerly known as Istanbul Büyükşehir Belediyespor, is no stranger to success. In the past three years, it went into the mid-season break as the leaders of the league but only gave up the spot to rivals towards the end of the season.

The 55-year-old Avcı, who spent most of his football career playing for small Istanbul teams, is credited with Başakşehir's successful revival after he took over in 2006 when the club was still known by its former name.

The top success, however, remained elusive in the Turkish league, traditionally dominated by the "Big Three," Beşiktaş, Galatasaray and Fenerbahçe.

While the three powerhouses succumbed to a streak of failures due to mismanagement and financial troubles, Başakşehir has slowly but steadily made its climb to the top. The key to success is "stability," Avcı says, both in the starting 11 and in coaching.

For his part, he has been a stable presence in the team, save for his brief tenure with the Turkish national team. "I was a part of 400 matches and have always emphasized team play. The team is not only built by players but also technical staff - from the health department to analysts examining the team's performance. We work to improve the quality of gameplay and players," he says.

Along with stability, being a team that has conceded the least number of goals in the league and has the highest ball possession certainly helps the success. Avcı also underlined that his team is among the top in the most playing time in the Super League "near the rival's goalpost."

"Still, we have a problem in translating our success into titles and we are working on it. Yes, we have had the most advantageous angles to score but we fail to score at times. This is why we signed Robinho," he says, referring to Brazilian striker who joined Başakşehir in the January transfer window from Demir Grup Sivasspor.

"Robinho can play both as a winger and a center forward. He can adapt to other tasks too," says Avcı.

Serdar Taşçı is another new addition to Başakşehir. The German-born Turkish center back is "appropriate for our playing style," the coach said.

"He appears to be a good replacement for Manuel da Costa," Avcı added, referring to the French international, who joined Saudi Arabia's al-Ittihad mid-season.

"[Taşçı] did not play any games since the start of the first half of the season but this is his only challenge," he said.

On Başakşehir's race to the league title, Avcı says their rivals have "a culture" of championship titles dating back to their early days, "but we are a team which started running after a toddling phase and this is evident in how close we came to the title in the last two seasons."

"We have the resources to win the Super League and the Ziraat Turkish Cup. We lost two such titles in the past in extra time and penalties. We prioritize the Super League but winning the Turkish Cup is also a goal. We have changed only a few players for matches for both titles. I hope we will finally accomplish this goal this season," Avcı concluded.