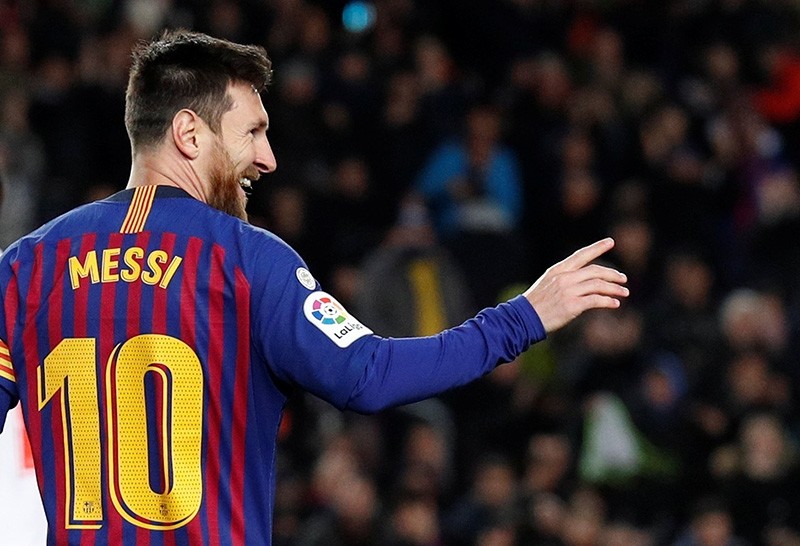 Lionel Messi scored his 400th goal in La Liga against Eibar on Sunday to extend his record as the division's all-time top scorer.

Messi collected the ball off Luis Suarez and drove it into the bottom corner in the 53rd minute at the Camp Nou to give Barcelona a 2-0 lead over Eibar and notch his quadruple century after 435 matches.

Barca went on to win the game 3-0, with Suarez twice on target.

It is 14 years since Messi scored his first La Liga goal and the 31-year-old Argentine has gone on to build an enormous lead at the top of the league's all-time scoring chart.

Cristiano Ronaldo remains the second highest scorer with 311 goals in 292 games while Spain's Telmo Zarra is third with 251 goals in 278 games.

"His numbers are stratospheric, incredible," Barcelona coach Ernesto Valverde said after the win over Eibar. "He is from another galaxy."

Messi has finished top scorer in La Liga five times. He has 17 goals already this season.